Where does Spaghetti come from?
Back in 1957,
no lesser source than the BBC, informed us that Spaghetti came from bushes.

Now my guess is that you could resurrect this April
Fools
day stunt for the next April Fools
day.  Today's
children are more
sophisticated in many ways, for example, they would not believe that a radio programme purporting that Martians had landed in America was true.  However, today children are notoriously ignorant on the sources of food.
All they know is that if they want food, they just open a ready meal or raid the fridge.

My favoured
method to trick older children is to
recreate the hoax, but to substitute Tagliatelle for Spaghetti. While, for younger children the idea of a
plain pasta tree may capture their imagination. 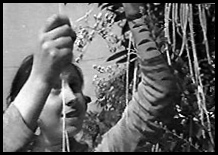 The original 1957 BBC hoax
succeed because it was shown on the prestigious Panorama Programme.  In true reverential, BBC documentary tone, Richard Dimbleby explained how Spaghetti was harvested from
bushes, dried, and then processed into strands of spaghetti.

Will remembers the Spaghetti Saga and believed it himself, as he didn't
know any better!!   Will recalls, 'We didn't
have a TV and I had
to rely on friends repeating the tale; whether they had stayed up to watch I know not.  I was 10 years old'.

Also, the audience lapped it up, a few people even phoned in asking where
they could buy a Spaghetti bush. 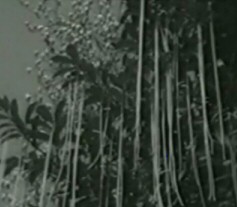 As an aside, what I like about a good spoof is that it not only fools people, but
also someone else gets mad, in this case staff in the BBC got upset because they felt that the BBC had wasted a Panorama slot on a mere hoax.

Well this Programme went out on April 1st 1957.  It would three months before Prime Minister Harold Macmillan was to tell us: 'most of our people have never had it so good'.  I leave it to you decide if he was talking about Spaghetti bushes or Tagliatelle Trees!

We have a local counterpart of the spaghetti joke.  It has to do
with a local refreshment ingredient called sago (balled tapioca), which when
sweetened with arnibal (sugar cane syrup) and combined with gulaman
(gelatin), results is a very refreshing drink.

When we ask schoolkids, or even adults: "Have you seen a sago tree?"

Will and Guy have persistent rumours that an Australian farmer claimed
$20,000 for his damaged crop.

Please write to us if you can elaborate
on this story.

As is so often the case with April Fool's day, the precise derivation of
Poisson d'Avril is both obscure and disputed.  Perhaps it's just because
fish are considered stupid and easy to catch.  A more erudite origin of
Poisson d'Avril claims that those born under the star sign Pisces (the fish)
forget that their sign ends on March 20th.

Sauf en Laisse - Except on a leash!

The traditional April Fool's trick (Pesce d'Aprile) in Italy consists of
a kid surreptitiously attaching a paper cutout of a pesciolino (small fish)
to the back of a school mate. Then his friends jokingly ask: L'hai
visto?-Chi?-Il pesce d'Aprile! (Have you seen the April Fool!) and makes
derisive comments about the victim.