The Ostrich and the Computer

What beady eyes this Ostrich has.  (Well it looks like an Ostrich to me - unless you know different?)  It's not often you see ostrich and computer in the same sentence, but see here. The ostrich and the computer, one of those images that just will not go away. 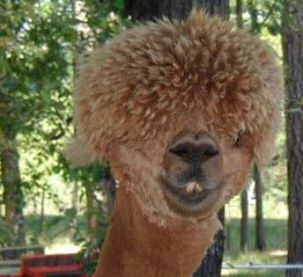 Norman was in his front garden mowing his lawn, when his neighbour, Libby, came out of her house and went straight to the mailbox. She opened it, then slammed it shut and stormed back into the house. Ten minutes later Libby came out of her house again, went to the mail box, and again opened it and slammed it shut again. Angrily she stormed back into the house. As Norman was putting his mower away, Libby came out once again.  She marched up to the mailbox, opened it and then slammed it closed. Puzzled by her distress Norman asked, 'What's wrong with your mailbox Libby?' To which she replied, 'It's my stupid computer it keeps telling me, 'New Mail has Arrived'.'