These amazing coincidences are a different branch of humor from slap stick comedy.  Some of these twists of fate may make you smile while others will make you shake your head. 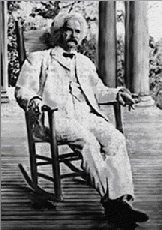 British Army officer, Major Summerford, was fighting in the fields of Flanders in February 1918 [1st World War 1914-1918] when was knocked off his horse by a flash of lightning and paralysed from the waist down.  Summerford retired and moved to Vancouver, Canada.

One day in 1924, as he fished alongside a river, lightning hit the tree he was sitting under and paralysed his right side.  In 1930 he was out walking on a summer's day when a lightning bolt smashed into him, permanently paralysing him.  He died two years later.  But lightning sought him out one last time.  Four years later, during a storm by an amazing coincidence, lightning struck a cemetery and destroyed his tombstone.

In 1899 a bolt of lightning killed a man as he stood in his backyard in Taranto, Italy.  Thirty years later his son was killed in the same way and in the same place. On October 8, 1949, Rolla Primarda, the grandson of the first victim and the son of the second, became the third.  What an amazing coincidence.

Shooting Coincidence
On July 28th 1900, the King of Italy, Umberto I, was having dinner in a restaurant in the city of Monza.  It turned out later that the restaurant's owner looked identical to the king.  The restaurant owner's name was Umberto, his wife's name was the same as the queen's and the restaurant was opened on the same date as the king's coronation. The Restaurant-owner Umberto was shot dead the next day, by an amazing coincidence, so was King Umberto.

Amazing Father and Son Coincidence
Claude Volbonne killed Baron Rodemire de Tarazone of France in 1872. 21 years earlier, the Baron's father had been murdered by somebody else called Claude Volbonne.

Hanging: Amazing Coincidences
On the 26th November, 1911, three men were hanged at Greenberry Hill in London after being convicted of the murder of Sir Edmund Berry. As a strange coincidence their names were Green, Berry and Hill.

Hernán Cortés' arrival in Mexico in 1519 coincided with the year in the Mayan Calendar when it was predicted that the pale-faced man-god Quetzalcoatl would return to reclaim the city of Tenochtitlán. The Aztecs therefore assumed Cortés to be the legendary man-god, which assisted him in capturing the city and then the whole of Mexico.

Oregon's Columbian newspaper announced the winning Pick 4 lottery numbers for June 28, 2000 in advance.  The newspaper had intended to print the previous set of winning numbers but erroneously printed those for the state of Virginia, namely 6-8-5-5. By a strange coincidence, in the next Oregon lottery, those same numbers were drawn.

In 1858, Robert Fallon was shot dead by his opponents for allegedly cheating whilst playing cards for money

Fallon, it was claimed, had won the £300 [$600USD] through cheating. With Fallon dead and his seat empty none of the other players willing to take the now-unlucky £300

The other gamblers found a new player to take Fallon's place and staked him with the dead man's £300. By the time the police had
arrived to investigate the killing, the new player had turned the £300 into £1,070 [$2,200USD] in winnings.

The police demanded the original £300 to pass on to Fallon's next of kin; only to discover that the new player turned out to be Fallon's son, who had not seen his father for seven years.

Travelling by train across Peru during the 1920's were three Englishmen. They did not know one another and they turned out to be the only three men on that train at that time in that particular carriage. They were introduced to each other.

None were related in any way

In 1898, 14 years before the Titanic made her maiden voyage, Morgan Robertson published his book, 'Futility' or 'The Wreck of the Titan.'

This was the story of an "unsinkable" massive ocean liner, which like the Titanic, was on its maiden voyage from Britain to New York in
the month of April, with 2,000 people on board. While it was also attempting to cross the Atlantic in record time, it too struck an iceberg and sank. Not only were the ships' names very similar, but most on board also perished simply because there was of a lack of lifeboats.

The Biggest Coincidence Ever

In 1975, while riding a moped on the island of Bermuda, a man was accidentally struck and killed by a taxi.

Exactly one year later, this man's brother was killed in the very same way.

Will and Guy say this is the biggest coincidence ever - but if you know differently, please send us your amazing coincidences.

• Strange but true stories about people