Here are Will and Guy's predictions of hoaxes that you will see on April Fool's Day 2010.

As usual on April 1st 2010, there was a good sprinkling of spoof gismos, which could catch-out unsuspecting shoppers.  Beware similar hoaxes around Christmas time.

After successful trials in touring car championships, prescription windscreens are now available for the general public.  Here is a press release from Auto Windscreens. Constantly having to swap your glasses or remember to bring along a pair for driving? Do away with the hassle, as Auto Windscreens, innovators in automotive glazing, has successfully launched its first prescription windscreen.

We've been hard at work on a new gismo that lets anyone create an iPad like device from any laptop screen. It's called the CrunchPad Kit and it's now on sale for $49. The key piece of technology is a transparent resizable modular touch screen overlap material that you add to the screen after removing it from the rest of the laptop. You then install the remaining electronics, as well as a power supply, and the device is ready to go. Also included in each kit is a 4G module that you can optionally activate and add to the device for always-on connectivity.

Introducing smelly photographs. Kodak's aromaphotography will let you smell the image you're looking at, all thanks to the latest breakthroughs in "Neuro-Optic-Nasal-Sense Imaging."

Ferrets are being specially trained to bring broadband cables to rural areas.  Virgin Media have developed literally groundbreaking techniques to fit microchips to ferret's jackets so they can check for damage to the underground network. Jon James, director of broadband for Virgin Media, said: "For hundreds of years, ferrets have helped humans in various jobs.  Our decision to use them is due to their strong nesting instinct, their long, lean build and inquisitive nature, and for their ability to get down holes.  We initially kept the trial low-key as we wanted to assess how well the ferrets fitted into our operations before revealing this enterprising scheme." [Interesting how a good hoax always has an ALMOST believable press release.] 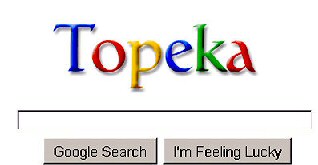 This was probably the definitive internet hoax of 2010 April Fool season. Just for April 1st 2010 the might Google changed its name Topeka. It was an all American joke as only the USA saw the change, the rest of us just saw the regular Google.  Perhaps the pranksters thought that UK readers would not know of the link between Topeka and Google. Apparently, Google is just returning the favor to a town in Kansas named Topeka. Topeka is the capital city of Kansas and in its latest bid to acquire Google's nod as the test site center for Google's introductory broadband network service, the Mayor of Topeka in Kansas Mayor Bill Bunten purportedy changed the name of their town from Topeka to "Google".

According to 7-year-old American boy Leslie Hollenworth of Massachusetts, nearly 70 years ago, the Soviet government, friendly with the United States at the time, had the chance to warn the Americans about the Pearl Harbor attack, but purposefully chose not to do so. One day, Leslie Hollenworth was just a typical boy. On the next day, however, he woke up remembering things that he should not have. It was kind of weird," Hollenworth said, "it's like I did stuff before I was born." According to Hollenworth, he remembers clips of memory that he was referred to as Dimitri Leselidze. "One time I was taking some soup and bread for the captain, and saw battleships, big ones, outside the window", said Hollenworth. His father, local community college historian professor Steven Hollenworth, initially dismissed it as a product of a boy's active imagination. "After a couple of days of these 'dreams'," he said, "things started to come together." After some discussion between the two, Steven Hollenworth realized that his son had described Russian transport ship Uritsky's journey, and the "battleships" that the son described were in fact Japanese warships en route to attack Pearl Harbor. "Even at that point I tried to tell myself that it was just a crazy coincidence, but the more I find out, the more I was convinced that Leslie had really been there", he said to reporter from the Times, Robert Meridon. "I don't believe in reincarnation, but there is no other way to explain this." "According to Leslie, a radio call was made by the ship's captain to someone of authority, who responded with 'keep your course, if we're lucky, they're on the way to bomb the Americans and we'll finally get them to fight on our side!' This is just not something that my son could make up. He doesn't even know what Pearl Harbor is." Leslie Hollenworth was interviewed by two local historians in the morning of 1 Apr; both them had confirmed the accuracy of the "memories". One of the historians, Dr. Kimberly Lee of the state university, cited Leslie's recollection of the transport's cargo. "Leslie was able to tell us that the ship was carrying tanks, rifles, and Flash Gordon comic books; and we know that the Uritsky was indeed carrying American Lend-Lease tanks for the port of Vladivostok. What he 'remembers' simply agrees with some of the facts we know today. If what he remembers about the radio transmission is also true, then it would shed a whole new light on the Soviet role in the Pacific War." Meridon had asked the father whether Leslie Hollenworth had exhibited anything out of the ordinary since these memories flooded his head. Steven Hollenworth noted that his son had generally been the same, doing fine at school and causing havoc at home just like any boy, but there are indeed a few occasions where he exhibited strange behavior. "A couple of times we found him wake up in the middle of the night, went out to the yard, and started to tie our garden hose around a tree as if the house had just docked at a port. Once we saw him dance the Kozachok, you know, with the squatting and the kicking. It's almost like he sleepwalks." "We've moved all our liquor to a cabinet he cannot reach. You know, the whole stereotype with sailors", the elder Hollenworth added. When asked about the most interesting thing regarding this new experience, Leslie Hollenworth began chuckling. "Dimitri used to say dirty words in Russian and Georgian, and I know how to say them, too." "What else?" Meridon asked, smiling. "Dimitri was always telling everybody 'Happy April Fool's Day!'" See the original April Fool's Day 2010 report here. Footnote: Please send us any good April Fools Day hoaxes from 2010.