Skip to content
Will and Guy are building a collection of amusing names for bars, drinking houses, pubs, boozers, call them what you will.  Our only criterion is a pub sign that raises a smile.

When younger, Will and Guy were regular pub goers, and the names of pubs were often a source of some amusement.  While listening to the BBC news the other day we heard that the American Embassy in Baghdad had hired an Englishman to create and make a pub sign for the embassy bar.  We think it is to be called "The Bolt Hole" an apt and amusing name. This led us to research "funny and amusing pub names" particularly in the UK and in Ireland.

Originally, public house names reflected the history of the country or the area in which they were sited.  Names from the past tended to be patriotic or royal. Common names in the UK include: 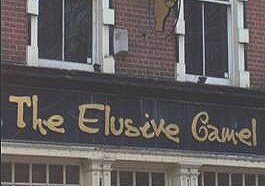 Many of the old tavern names are in danger of disappearing as large conglomerations buy up pubs and change their names to "modern" equivalents. Throughout Britain "Harvester" pubs, "Slug and Lettuce" and "Beefeater" pubs can be found, owned by these big groups. Will and Guy bemoan the loss of the heritage connected with the old names.  Many of these inns can still be found when travelling around Britain and Ireland. Will and Guy have started a collection of funny pub signs to bring a smile to your face.  Here is a list of the best pub names that we have discovered. * These pubs have been visited by Will.

Another Tranche of Amusing Names For a Boozer 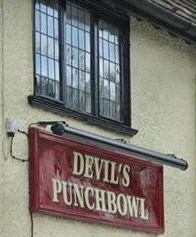 We think these are good pub names, if Will and Guy were to open a new hostelry, this would be our short list of tavern names: 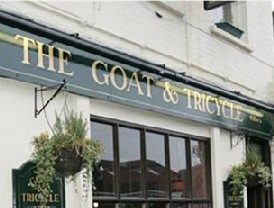 We are absolutely sure there are other, perhaps funnier pub names, and we would appreciate a photo or an e-mail so we can add to the collection. For example, Lisa reports there was a 'The Goat & Tricycle' in Bournemouth. Another interesting project would to go inside and research funny names for individual bars. 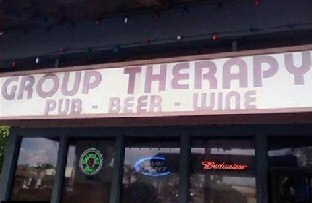 Message for the wife:  Just off for my group therapy! 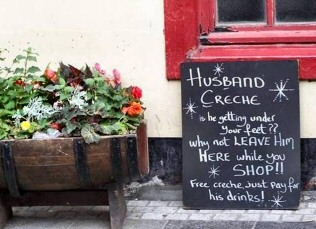 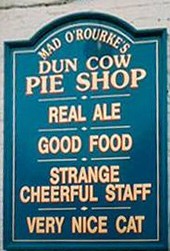 This Pub Name Seems to be 'The Plough' 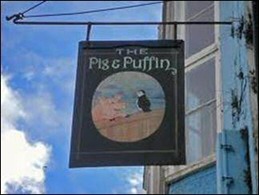 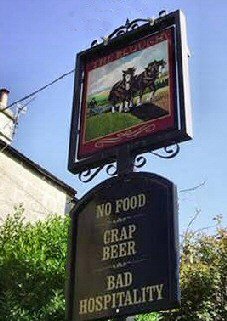 Guy thinks that it should be called 'The Pits'.  Will thinks it must have a peculiar clientele. See more funny bar names. 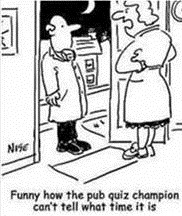 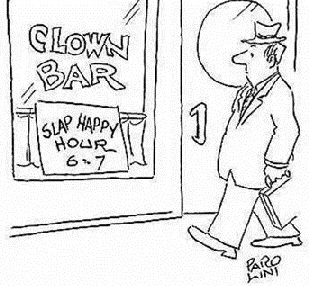 Footnote: Please send us your funny pub names, we particularly like signs from far flung places.