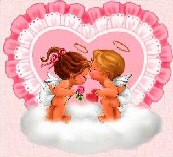 A young man, living in Straubing, Germany, triggered a police alert when
he asked his girlfriend to marry him on Valentine's Day.

He kissed his belle on the
bank of the Isar river and then he asked her to marry him.  As a romantic
gesture, he released
into the air fifty tiny hot-air balloons made of paper, with little candles
burning under them. Frightened local residents telephoned police to report
seeing 'strange lights in the sky.'

Will and Guy have learned that the policemen, who tracked down the couple
enjoying the magic sight together, were happy to report that she had
accepted the marriage proposal and they are to be betrothed in the autumn.

The Story of A Valentine's Kiss

SINGLE BLACK FEMALE seeks male companionship
for Valentine's day, ethnicity unimportant. I'm a very good kisser, and
a girl who LOVES to play. I love long walks in the woods, riding in your
pickup truck, hunting, camping and fishing trips, cosy winter nights lying by the fire. Candlelight dinners will have me eating out of your hand.
Kiss me the right way and watch me respond. I'll be at the front
door when you get home from work, wearing only what nature gave me. Kiss me and I'm yours. Call (405) 865-5675 and ask for Daisy.

Over 12,000
'Romeos' phoned and found themselves talking to the Memphis Humane Society
about an 7-week old Labrador retriever dog. 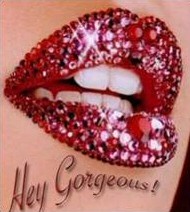 Will and Guy can verify that the world kissing record has been
beaten.  In
Mexico City on 14th February 2009, 39,897 people in the main square locked lips
for ten seconds.

The previous record for kissing was held by 'SkyEurope Airlines'.  On the 14th February 2008,
SkyEurope counted 2214 kisses on board its flights on Valentine's Day.
In all 14 planes on 84 flights were involved in this project which they
called KISS EUROPE. The best routes for kissing were on flights to the UK, France,
and Italy.

This was the 6th year that SkyEurope had brought love to the air, and created
a world record for the number of kisses on Valentines Day in the skies.
31 crew counted the kisses and kissing passenger was given a certificate
and a useful voucher for a free ticket.   As a neat touch each
passenger, kissing or not, received a little chocolate heart.
See more funny kissing facts.

A Kiss for Prince Charming?

Nigel, an alcoholic, staggered into a bar on Valentine's Day and,
after staring for some time at the only woman seated there, walked up to
her and gave her kiss in honour of Valentine's Day.  She jumped up
and slapped him really hard.  Nigel immediately apologised and
explained, 'Look, I'm sorry. I thought you were my wife.  You look
exactly like her.'

'Why you worthless, insufferable, wretched, no good drunk!' she
screamed at the top of her voice. 'Funny,' Nigel muttered, shaking his
head, 'you even sound exactly like her.'

Hollywood is a place where they'll pay you a thousand dollars for a kiss, and
fifty cents for your soul.

'I married the first
man I ever kissed. When I tell my children that, they just about throw up.' 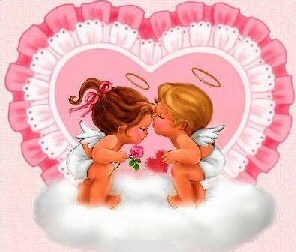 Will and Guy's Trivia About Kissing: 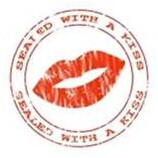 The attitude of people in England toward St Valentine's Day in the middle
of the eighteenth century can be seen in this verse printed in Poor Robin's
Almanac* in 1757:

This month bright Phoebus enters Pisces,
The maids will have good
store of kisses,
For always when the fun comes there,
Valentine's Day
is drawing near,
And both the men and maids incline
To chuse them each
a Valentine;
And if a man gets one he loves,
He gives her first a pair
of gloves;
And, by the way, remember this,

To seal the favour with a kiss.
This kiss begets more love, and then
That love begets a kiss again,
Until this trade the man doth catch,
And then he doth propose the match,

The woman's willing, tho' she's shy,
She gives the man this soft reply,
'I'll not resolve one thing or other,
Until I first consult my mother.'
When she says so, 'tis half a grant,
And may be taken for consent.

* Poor Robin's Almanac was thought to have been compiled by the poet
Robert Herrick and was published from c.1663 until 1828.