The key question with this springboard accident video is: could it be a fake, or is it for real? On first viewing we thought that it was faked.  However, frame by frame analysis leads us to believe that this is a genuine springboard accident. Have a look at the video of the gymnast on the springboard and make up our mind. 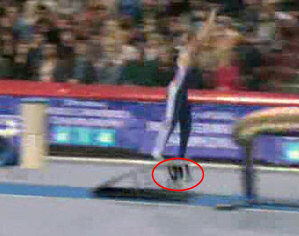 The springs (ringed) do look as though they are coming away from the launch pad - an accident waiting to happen. 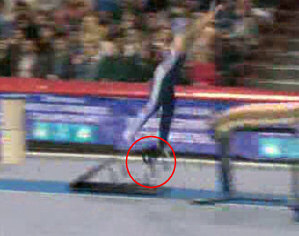 For proper analysis we need to see another jumper on the launch pad. 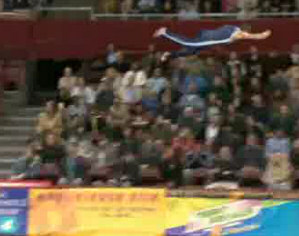 If you look at this and the next few video frames it does look as though the gymnast really is swimming in the air.  There is nothing that we can see that looks fake about this springboard misfortune. 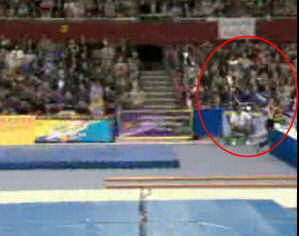 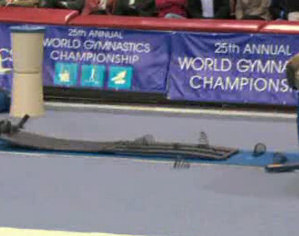 Check out the springboard accident video clip and see what really happened.  Was it a genuine accident, or is it a clever fake?

Whilst this video was not taken during the Olympic games, it does look like an important international gymnastic competition.