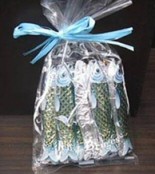 As is so often the case with April Fool's Day, the precise derivation of
Poisson d'Avril is both obscure and disputed.  Perhaps it's just because
fish are considered stupid and easy to catch.  A more erudite origin of
Poisson d'Avril claims that those born under the star sign Pisces (the fish)
forget that their sign ends on March 20th.

One joke Will and Guy particularly enjoyed hearing about in 2007 was of a
prank played by a newscaster on French television.  He explained, in a
serious voice, how the third level of the Eiffel Tower in Paris had been
removed so that repairs might be carried out. Hundreds flocked to the tower
only to find they had been victims of a clever joke. 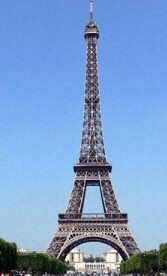 Footnote 1:
Amazing how history repeats itself.
In 1986 it was reported that the Eiffel Tower was to be dismantled. This
international symbol of French culture would then be reconstructed in the
new Euro Disney theme park being built, at the time, to the east of Paris.

Footnote 2:
Are the French particularly gullible when
it comes to their beloved Eiffel tower?  Will and Guy ask because in
1925 Victor Lustig conned a scrap dealer that he could sell him the Eiffel
tower.  Ah yes the name of Victor Lustig's 'mark'?  Monsieur
Poisson.

Naturally, writes Will, as someone who enjoys France in large part
because of all the amazing food, my personal favourite part about Poisson
d'Avril are the plethora of bakeries and "chocolatiers" that make
fish-shaped French pastries and chocolates in honour of the holiday.

In 16th-century France people celebrated New Year's Day on March 25, this
was neatly coincided with the beginning of spring.  In this festivity
the French partied until April 1.  Then in 1564, Pope Gregory
reformed the calendar and the good catholic King Charles IX proclaimed that
New Year's Day should be celebrated on January 1st instead of March.

Some of the French resented the change and continued to celebrate New
Year from March 25 to April 1. However, the more adaptable French mocked the
revelers by sending them foolish gifts and invitations to nonexistent
parties.

The victim of an April Fools' Day  prank was called a "poisson
d'Avril," or an "April fish," because this corresponded to the sign of
Pisces.

The traditional April Fool's trick (Pesce d'Aprile) in Italy consists of
a kid surreptitiously attaching a paper cut-out of a pesciolino (small fish)
to the back of a school mate - similar to Poisson de Avril in France.
Then his friends jokingly ask: L'hai visto?-Chi?-Il pesce d'Aprile! (Have
you seen the April Fool!) and makes derisive comments about the victim.

Sauf en Laisse - Except on a
Leash!

Aprilscherz is the German for April prank.

Guy's uncle Jimmy once told him that his grandfather enjoyed playing a
prank called Hunt-the-Gowk on April the 1st.  It seems "gowk*" is Scots
for fool, however, none of Jimmy's children remember this term and we often
wonder if uncle Jimmy just made up this phrase.

Although the way uncle Jimmy told the tale, there seemed a grain of truth
in the hoax.  What he said was he wrote a note asking for help, and
gave it to the "gowk", and told him to take it to McTavish.  When
McTavish read the note, he passed the victim to Rab Ferguson, and then on
Ian Blair ... and so on and on until the gowk realised he had been sent on a
fool's errand.

*Gowk is also Celtic for cuckoo.  Hence a person who is a bit cuckoo
or foolish.

The Spanish Hold a
Fools Day in December 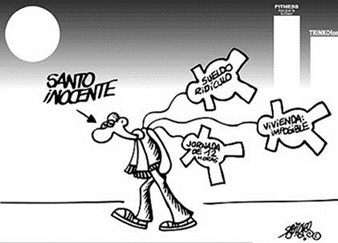 In Spanish-speaking countries, youngsters carry out pranks on 28th
December, the Day of the Holy Innocents or Dia de los Santos Inocentes.
This practice is similar to the English All Fools Day on
April 1st.

Dia de los Santos Inocentes - Day of the Holy Innocents is a religious
holiday named in honour of the young children who were slaughtered by order
of King Herod around the time of Jesus' birth. These young victims were
called Santos Inocentes or "Holy Innocents" because they were too young and
innocent to have committed any sins.

Although the feast remains on the Catholic Liturgical calendar, today the
religious aspect has been almost forgotten and the pranks that became
popular during the Middle Ages have been combined with winter festivities of
pagan origin. Similar to Halloween, groups of children in towns across Spain
used to go from house to house asking for candy or cookies, making noise
with spoons and anise bottles, and singing traditional Christmas songs.

However, unusual celebrations that we have come across, stemming from
ancient traditions, continue to be held, such as the "Flour Battle" that
takes place in the streets of Ibi, Valencia and the "Crazy People's Dance"
in Jalance, also in Valencia.

The regional government in the Ulyanovsk* region of Russia decreed that
maternity wards should play the national anthem every time a baby was born.
The idea was to promote patriotism.  This seems to be true.

Will and Guy unearthed another report that each on 12th September,
married men in Ulyanovsk  are given an afternoon off work to go home
with their wives and take part in the "Give birth to a patriot" scheme.
Couples who produce a baby on Independence Day, nine months later, are given
prizes of TVs and fridges.  We cannot be sure, but this seems to be a
hoax.

* Ulyanovsk was named after Lenin, whose real name was Ulyanov.

We have a local counterpart of the spaghetti joke.  It has to do
with a local refreshment ingredient called sago (balled tapioca), which when
sweetened with arnibal (sugar cane syrup) and combined with gulaman
(gelatine), results is a very refreshing drink.

When we ask school-kids, or even adults: "Have you seen a sago tree?"