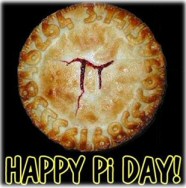 Here is Will and Guy's collection of jokes and funny facts to celebrate Pi
(Pie!) Day on March 14th. 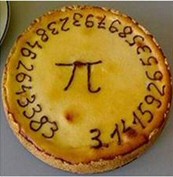 When the Liberty Bell was forged, the Philadelphia city council
decided to celebrate the inauguration by holding a pie baking contest.
There were to be two categories: the best "bell" shaped pie and the best
overall pie.

Competition was hot but all was well in the end when a local, and
popular nun, named Theresa, from the local community, won the
competition with a superb vegetable pie.

Everyone knows that
Mother Theresa Wins The No Bell Peas Prize. 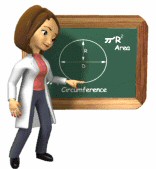 Mathematicians even tell Pi Jokes on Pi Day. You will quickly realise
from the "Pi jokes" below, lovers of Pi may be far better at Maths than at
humour.

Will and Guy's Fun Facts About Pi

Will and Guy's Vague History of Pi Day

There once was a girl who loved pi
I never could quite fathom why
To her it's a wonder
To me just a number
Its beauty revealed by and
by.