Did you know this... 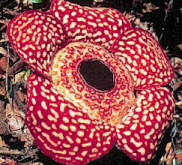 Footnote:
Please send us your best did you know that....

See more truisms, can you believe?  And did you
know facts