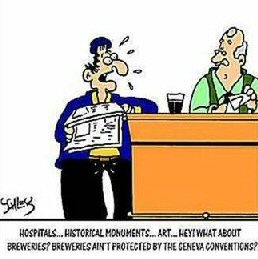 Friday is a special day.  The end of the week is approaching, Friday is a day to tie up loose ends, a day to dream of the delights of the weekend.  Will and Guy have
a selection of jokes and short stories for Friday.

Droll and Quirky Jokes for Friday

Roger left for work on Friday morning.  Friday was payday, so instead
of going home, he stayed out the entire weekend partying with the boys and
spending his entire pay packet.

Finally, Roger appeared at home on Sunday night, and obviously he was
confronted by his angry wife, Martha who castigated Roger for nearly two
hours with a tirade befitting his actions.  Finally, Martha stopped the
nagging and said to Roger, 'How would you like it if you didn't see me for
two or three days?'

Roger replied grimly, 'That would be fine with me.'

Monday went by and he didn't see his Martha. Tuesday and Wednesday came
and went with the same results.

By the Thursday, the swelling had gone down just enough so that Roger he could
see Martha a little out of the corner of his left eye

'Do you really believe your husband when he tells you he goes fishing
every weekend?' Asks Vicky's best friend, Myra.

'Why shouldn't I, Myra?' responds Vicky. 'Well, maybe he is having an
affair?' comments Myra. 'No way,' laughs Vicky, 'he never comes home with
any fish.'

A legend believed by many fishermen is:
'A Friday's sail,
always fail.' 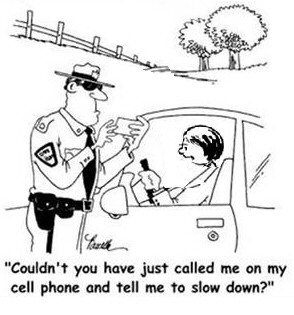 One Friday a traffic policeman stops a Maisie and asks to see her driving licence.

'Lady, it says here that you should be wearing glasses when driving.'
'Well,' replies Maisie, 'I have contacts.'

'Lady, I don't care who you know, you're still going to get a ticket.' 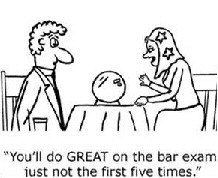 Father: Son, what are your results in the end of term examination?
Son: Underwater.

Father: What do you mean, underwater?
Son: Below "C" level.

Doctor, doctor, I feel like a 10 Dollar note. Well go and buy something
then, the change will do you good.

Is it Friday Yet?

'Things to Say When Caught Asleep On a Friday Afternoon' 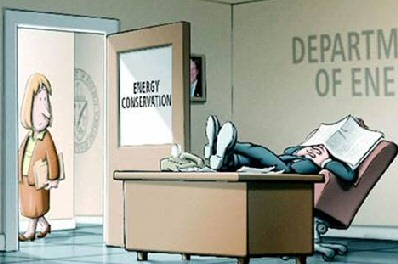 Odin's
wife was called Frigg (Freya).  If you accept the Norse origins of the other days, then Fri day becomes a realistic derivation.
Interestingly, the Romans also saw this day as female, as they named it after their goddess Venus.  This Latin root remains in the French for Friday, Vendredi.

You will often see her wearing a robe of feathers, which enabled
her to fly through the air like a bird.

Freya was driving her Chevrolet Vega home in New Mexico when she saw an elderly Apache woman walking along the side of the road. She stopped the car and asked the woman if she would like a lift?

With a
silent nod, the woman climbed into the car.  Freya tried in vain to make conversation with the Apache woman.

'It's
a bottle of gin that I got for my husband.'

Don't Mess With the Elderly

Myra Rhodes, a little old lady living in Great Baddow, Essex, answered a
knock on the door one Friday, to be confronted by a well-dressed young man
carrying a vacuum cleaner.

'Good morning, Ma'am,' said the young man. 'If I could take a couple
minutes of your time, I would like to demonstrate the very latest in
high-powered vacuum cleaners.'

'Go away!' said Myra brusquely. 'I'm broke and haven't got any money,'
and she proceeded to close the door.

Quick as a flash, the young man wedged his foot in the door and pushed it
wide open. 'Don't be too hasty,' he commanded. 'Not until you have at least
seen my demonstration.' And with that, he emptied a bucket of horse manure
onto her hallway carpet.

'Now, if this vacuum cleaner does not remove all traces of this horse
manure from your carpet, Madam, I will personally eat the remainder.'

Myra stepped back and said with a smile, 'Well let me get you a spoon,
young man because they cut off my electricity this morning.'

Friday Afternoon At the Building Site

All action on a Friday afternoon.

Friday's child is loving and giving.

At a weekend convention of biological scientists, Hannah, a researcher remarks to
Pam, 'Did you know that in our lab we have switched from mice to lawyers for
our experiments?'

'Really?' Pam replies, 'Why did you switch?'

'Well, for two reasons. First we found that lawyers are far more
plentiful, and second, the lab assistants don't get so attached to them,'
chortled Hannah.

One Friday two motorists had an all too literal head on collision in heavy fog near the small town of Guetersloh, Germany.  Each was guiding his car at a snail's
pace near the middle of the road
because of the thick fog.  At the moment of impact their heads were both out of the windows when they smacked together.  Both men were hospitalised with severe head injuries. Their cars weren't
damaged at all and
didn't
have a mark on them.

The report issued by the Dutch Centre for Insurance Statistics on June
12, 2008, states "fewer accidents and reports of fire and theft occur when
the 13th of the month falls on a Friday than on other Fridays, because
people are preventatively more careful or just stay home." This in turn was
reflected in the reports received by Dutch insurance companies, in the last
three years, which showed that on normal Fridays, the number of traffic
accidents touched a figure of approximately 7,800 but it decreased to 7,500
on a Friday the 13th in The Netherlands.

What can go wrong, will go wrong, especially on a Friday.
See more on Murphy's law

'Two things are infinite: the universe and human
stupidity; and I'm not sure about the universe.'

'I read somewhere that 77 per cent of all the mentally ill live in poverty.  Actually, I'm more intrigued by the 23 per cent who are apparently doing quite well for themselves.'

At a Budapest zoo: PLEASE DO NOT FEED THE ANIMALS.  IF YOU HAVE ANY SUITABLE FOOD, GIVE IT TO THE GUARD ON DUTY.

'If your attack is going too well, you're walking into an ambush.'

Keep to the straight and narrow

If you're being chased by a police dog, try not to go through a tunnel, then on to a little seesaw, then jump through a hoop of fire. they're trained for that.

These are real requests fielded by an American travel agent.

Bad Hair Day?
A New Hampshire Congresswoman asked me to book her an aisle seat on the airplane.  She did not want
her hair to get messed up by being near the window.

Any project will require at least two journeys to the hardware shop.

If you need more than one item (pair, four, etc) the probability
that one will be damaged or the wrong colour is directly
proportional
to the desire or need of the object.

You never have enough nails, screws or glue.

The likelihood that you will complete a weekend project before the

end of the weekend decreases with when you actually start the project.

Therefore: Any plumbing project started after 4pm on Sunday will
require an emergency call to the plumber to get the water running
again.