A cheating husband was exposed after his wife's
parrot mimicked his voice calling out another woman's
name.

Frank Ficker, 50, has now been kicked out of the family
home by wife Petra, also 50, after she heard their 12-year-old parrot Hugo impersonating him on the phone to another woman.

Petra, of Freiburg, Germany, said, 'Hugo always liked to mimic Frank and he
could do his voice perfectly.

'Frank asking who's
at the door, Frank yelling at our nephews, Frank telling me he loved me. And then one day I heard him doing Frank's
voice, but saying '
Uta, Uta'.'

She said, 'I kicked him straight out. It's
just me and
my parrot now.' 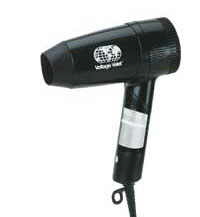 Berlin - A German man drank too much, wet his bed and set fire to his apartment while trying to dry his bedding, police in the western town of Muelheim said on Monday.

'He was too drunk to go
to the toilet, 'said a police spokesman.'
The next morning he put a switched-on hairdryer on the bed to dry it and left the apartment.'
When the 60-year-old returned, his home and belongings were in
flames.'

Firemen eventually put out the blaze.

As reported by the Reuters News Agency