Because of the poor quality of driving in the England, the Department for Transport has now devised a new scheme in order to identify poor drivers and give good drivers the opportunity to recognise them whilst driving.

There was a huge plague of such drivers on 2nd June 2006 (World Cup Football).  Those drivers who were found to be driving badly which includes:

These drivers will be issued with flags, white with a red cross, signifying their inability to drive properly. These flags must be clipped to a door of the car and be visible to all other drivers and pedestrians.

Those drivers who have shown particularly poor driving skills will have to display a flag on each side of the car to indicate their greater lack of skill and general lower intelligence mindset to the general public. Please circulate this to as many other motorists as you can so that drivers and pedestrians will be aware of the meaning of these flags. Department for Transport 3 June 2006.

Peep your horn and get a ticket

A man who beeped his horn at seven police manning a speed check was given a £30 fine. Highway worker Nick Lenthall beeped his horn and raised his thumb at the officers as he drove past in his council lorry in Bournemouth. He was shocked when the entire unit climbed into their van and pulled him over a few minutes later. Sergeant Richard Newton then handed Nick a ticket for ' unnecessary use of audible warning equipment' . Nick, 47, said: 'It was a very light-hearted thing, I was just having a laugh. And I wasn't speeding. But I was stunned when they pulled me over and started telling me off. It's a waste of resources.' A police spokesman confirmed that a sergeant, two PCs and four trainee officers were at the speed check. According to The Sun he said: 'A fixed penalty notice was issued for a minor traffic offence.' 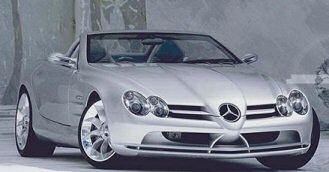 Good, clean, free jokes.  One-liners, short funny jokes.  Have a laugh, enjoy a chuckle, bring a smile to your face.  Will and Guy hope that you share our sense of humour (or humor).