Valentine's Day Love Stories Will and Guy's collection of romantic tales for February 14th. "Love is something more stern and splendid than mere kindness". C.S. Lewis

An Austrian 'Romeo' burnt the house down after making a giant heart out of blazing candles. 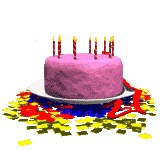 Hannes Pisek, 20, from Hoenigsberg in the province of Styria, used 220 candles to make a huge heart on the floor of his flat.  He then lit them and went to pick up his girlfriend from work - but the plan backfired when the flat caught fire. Pisek was left out in the cold as firemen battled to bring the blaze under control. He has now lost his home and his girlfriend - she left him afterwards and has moved back with her parents.

A man who fell in love with a fellow passenger onboard a flight got the airline to help him track her down. Michael Young fell for Juliet Lever on a Flybe flight from Belfast to Newcastle. Juliet, who was in seat 2B, and Michael, who was in 2C, hit it off instantly. Sadly, Michael was too shy to ask Juliet for her number. He confirmed this on the Victoria Derbyshire show on BBC Radio 5 Live today. [October 2006] He pined for her so much after they parted that he contacted the airline and begged bosses to ask her to get in touch. They obliged and Juliet, 29, phoned him and they agreed to go out to dinner. A whirlwind romance followed and they are to get married next month. Juliet, who now lives with Michael in Manchester, said, 'Every girl dreams of a fairytale romance and you couldn't get better than this.' Flybe's Head of Customer Relations, Ella Jones commented, 'Michael's tale pulled heart strings so we played cupid.'

There's no danger of 88-year-old Harry Ward forgetting his wife Doris's Valentine's Day card - the couple still use the same one he bought her 70 years ago. When 17-year-old Harry Ward presented his sweetheart Doris with a Valentine's Day card as he boarded a train to join the wartime effort on 14th February, 1941, he must have been fairly confident his affections would be requited. After all the couple had been dating since they met in a Bristol café three months earlier. Little can he have imagined that 70 years on, not only would he still be happily married to Doris, but that every year she would present him with the very same card he gave her at the railway station that Valentine's day. Now the card is set to make another appearance on the couple's mantelpiece as Mrs Ward, 87, dusts it off in time the celebrations. 'I bring it out of the cupboard and put it on our mantelpiece every Valentine's Day,' she said. 'It's as special to me now as it was 70-years-ago. Harry has never bought me one since, because I have this one every year.' The couple married in 1942 so Will and Guy have discovered; and they went on to have two daughters, two granddaughters and four great grandchildren. They had met in a café in November 1940 after Mrs Ward, who was in domestic service, had missed her bus home. Mr Ward, now 88, told us, 'I knew Doris was the one for me the moment I met her. It was a heck of a night during the Blitz, but at least it meant we met each other. I gave her the Valentine's card then and she is still my Valentine now.' Mrs Ward's card which reads, "Two hearts entwine this Valentine. True love makes it sincere" In addition we were told, 'The secret to our happy marriage is that we never go to bed without a kiss goodnight. We are as still in love as the day he first gave me this card.' See more sad love stories.

A lasting Legacy of 500-year-old Love Love it or hate it, even the most hardened anti-Romeo will be hard pressed to avoid Valentine's Day this year. Here is a letter which is on show at the British Library. It is a letter, written from a young woman to her love, and is the first mention of the word Valentine in the English language. The letter shows they were no different to us. They had the same loves, desires and financial problems. In 1477 Margery wrote a letter to her John pleading with him not to give her up, despite her parents' refusal to increase her dowry.

Addressing her 'ryght welebeloued Voluntyne' (right well-beloved Valentine), she promised to be a good wife, adding, 'Yf that ye loffe me as Itryste verely that ye do ye will not leffe me" ' (If you love me, I trust.. you will not leave me). While romantics 534 years later might celebrate Valentine's Day with fine dining, chocolates and FTD Valentines Day flowers, Margery is left pleading with her love not to leave her while pledging her heart over all 'earthly things'. She promises her undying love, 'Myne herte me bydds ever more to love yowe truly' (My heart me bids ever more to love you truly), and speaks of her ailing body and heart over her fiance's continuing silence. However, modern-day lovers be reassured, like any self-respecting fairytale romance the heart did rule the head and, despite her father's stubbornness over her dowry, Margery did marry her knight and the couple had a son, William, in 1479. Margery died in 1495, John in 1503. While her letter is also written on paper, there is one key difference. She didn't write it herself we have learned. It would have been dictated to a man who would have written it for her. However, says Julian Harrison, curator, 'The fact that she isn't writing the letter doesn't mean she can't write, it means she can afford someone to write for her. People have assumed that people in the past were illiterate, but actually levels of literacy may have been higher than we think.' A marvellous tale with which to celebrate Valentine's Day.

Say I Love You - With Post-it Notes

Claire Northcott decided to declare her love for boyfriend Gordon Husband by writing it on 500 Post-it notes. She then stuck them all over his pick-up truck. Ms Northcott, 33, said, 'I spent over an hour-and-a-half writing the notes with felt-tip.' Mr Husband was understandably surprised when he spotted his vehicle outside the flat the couple share in Paignton, Devon, UK. 'He said it was the most romantic thing anyone had ever done for him,' observed Claire.

He loved her so very much. He wanted this Valentine's day to be special.  So he had ordered a bottle of her favourite drink, imported from France, and it had arrived in time for the occasion. On his way home, he stopped at the local florist. He had planned to have a bouquet made with her favourite flowers, white anemones. To his dismay, he found that the florist had sold all her flowers and had only a few sterns of feathery ferns left for decoration. In a moment of inspiration, he had the answer. He asked the florist to make a bouquet using the flask of liquor instead of flowers and what she produced was magnificent well beyond his expectations. He added a card, and proceeded home. When he arrived, his wife was beautiful in her most elegant gown, and it was apparent that she had spent much of the day preparing a romantic candlelight dinner for the two of them. He presented her with his gift, and she opened the card to read, "Absinthe makes the heart grow fonder." With a tear in her eye, she whispered to him lovingly, "Yes, and with fronds like these, who needs anemones." Author unknown

Some Thoughts on Valentine's Day Love 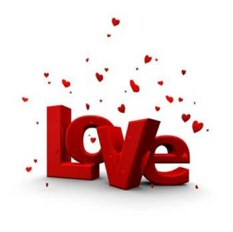 Dear Lord, I pray for Wisdom to understand my man; Love to forgive him; and Patience for his moods; Because Lord, if I pray for Strength, I'll beat him to death.

Valentine's Day in the Zebra World 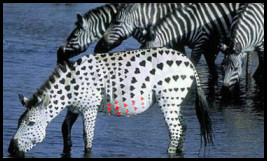 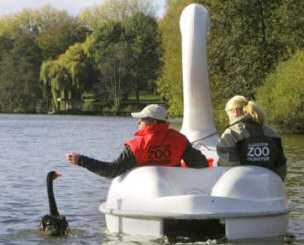 The swan that fell in love with a pedal boat is back courting its plastic lover after spending the winter in a local zoo Swans choose a partner for life but the rare Black Australian swan nicknamed Petra made the mistake of falling for a pedal boat designed to look like a swan; and when Petra's pedal boat lover refused to fly south for the winter Petra also remained, a move that could have killed her as the cold weather arrived. In the end though local zoo chiefs took pity on the swan and gave her and her boat boyfriend a place to spend the winter, and this week the pair were once again on the lake together. According to biologists in Muenster, north-western Germany, Petra has been circling its plastic lover, staring endlessly at it and making crooning noises, all the typical signs of a swan in love. The boat in the meantime is still being hired out to families who want to picnic on the Aasee lake - where the star-crossed lovers have become a tourist attraction. Zoo director, Joerg Adler said, 'This arrangement could go on forever, the swan obviously believes it has found a partner for life.' See more on love in the animal kingdom.

Love, Love Me Do: A True Valentine Love Story 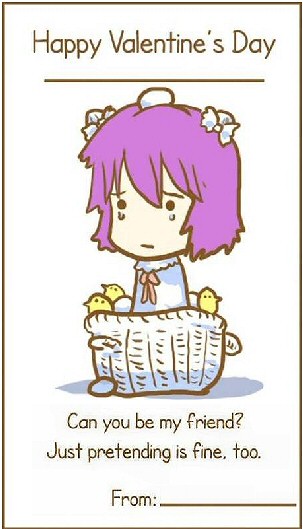 Lovers reunited after 17 years A British man and his Spanish former love have finally married 16 years after they drifted apart, reunited by a love letter lost behind a fireplace for over a decade, Will and Guy have discovered. Steve Smith and Carmen Ruiz-Perez, both now 42, fell in love 17 years ago when she was a foreign exchange student in Brixham, southwest England, and got engaged after only a year together. Their relationship ended after she moved France to run a shop in Paris. A few years later, in a bid to rekindle their love, Smith sent a letter to her mother's home in Spain. It was placed on the mantelpiece, but slipped down behind the fireplace and was lost for over a decade. The missing letter was only found when builders removed the fireplace during renovation work. 'When I got the letter I knew I had to make the call,' Ruiz-Perez said. 'When we met again it was like a film. We met up and fell in love all over again.' 'I'm just glad the letter did eventually end up where it was supposed to be,' Smith said, after the couple married last Friday. What a lovely story.
Bertrand Russell's prudent words Of all forms of caution, caution in love is perhaps the most fatal to true happiness.