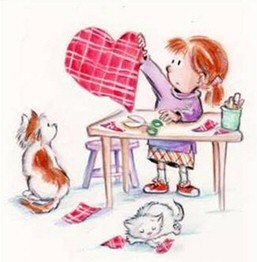 Will and Guy believe that cats and dogs get more pampering than many men and even some women.

Valentine Cat - My, What a Big Heart You Have 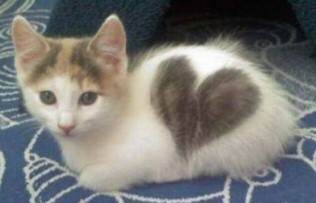 An award-winning pastry chef has opened a bakery in Paris which caters only for dogs.  Mon Bon Chien sells bacon biscuits in the shape of a cat and also bone-shaped cookies made of foie gras, reports the BBC. The owner is Harriet Sternstein who moved to Paris from the US with her dog Sophie-Marie.  Sophie-Marie provided the inspiration for the new business for her owner, who decided the best way to make a living was to combine her biggest enthusiasms - pastries and pets. 'Everything is made in the back of the boutique', said Ms Sternstein, 'Every day, I make 200 to 300 biscuits and special orders are taken on a daily basis.' 'The Parisians come - and the first time they think it's very funny and they look at it, and buy the ones that they think are the cutest. Then the dogs come back and choose which flavours they like the best. 'I change flavours, based on what's going on, I will be creating a special biscuit for Valentine's Day.' 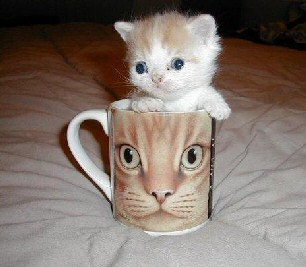 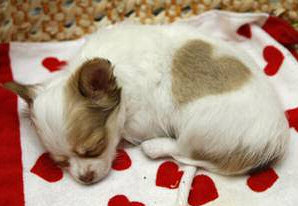 This Chihuahua puppy literally wears its heart on its sleeve. The cute male pooch, born with a perfect heart-shaped patch on its side, has been suitably named Heartkun by its owner in northern Japan.  The one-and-a-half-month-old pup was born as one of a big litter, but is the only new arrival to sport such a heart-warming coat. According to owner Emiko Sakurada, and reported in the Daily Mail, this is the first occasion a puppy with such marks had been born out of the more than one thousand Chihuahuas she has bred.

Will and Guy's Valentine's Day Trivia

Some of these Valentine's Day Statistics are funny, many are interesting, and all are informative in their own way. Only the USA, Canada, Mexico, France, Australia and the UK, celebrate Valentine's Day on February 14th - Will and Guy think it may also be celebrated in other countries, for example China on the 7th day of the 7th month of their lunar calendar. Valentine's Day Card Trivia Valentine's Trivia about Flowers and Chocolates

An ornithologist who set up a dating agency for lonely parrots says it has been a huge success. Rita Ohnhauser has already brought 1,300 lonely hearts together in Berlin and unlike other matchmakers she knows her pairs will never split - because the birds mate for life. 'In the wild parrots search out a life partner and then spend every minute of the day with them, but when they are kept as pets they are mainly alone and get very depressed, 'said Ohnhauser. She added that parrot owners across Germany had started bringing their feathered friends to the sanctuary to find a mate, and she currently had 150 parrots busy 'getting acquainted' with other birds. 'Birds experience love at first sight just like humans. But others make a really careful choice before entering a relationship. It can take up to three months', she said. Footnote: Please send us your Valentine cats pictures, jokes and stories.