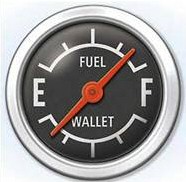 Whilst bring down petrol prices is a worthy aim, it is the concept really that appeals.

We can imagine using this method of boycotting to control all sorts of multi-national companies that get too big for their boots.

Here is a new twist on the old idea of a round robin letter.  The point is the power of the internet can harness vast numbers of people to take action against a petrol cartel which inflates prices.

It intrigues us to see if this example of people power takes off, or if apathy will allow the big companies to continue manipulating their
customers.

Here is the real letter, but with names changed 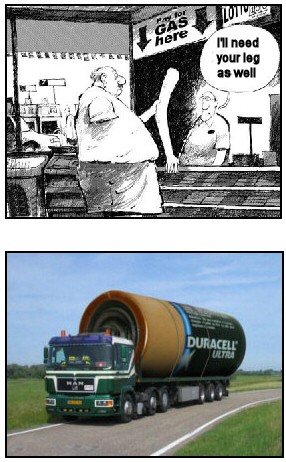 This makes MUCH MORE SENSE than the 'don't buy petrol on a certain day campaign that was going around last April or May! The oil companies just laughed at that because they knew we wouldn't continue to hurt ourselves by refusing to buy petrol. It was more of an inconvenience to us than it was a problem for them. BUT, whoever thought of this idea has come up with a plan that can really work.

Please read it and join in!

Now that the oil companies and the OPEC nations have conditioned us to think that the cost of a litre is CHEAP, we need to take aggressive action to teach them that BUYERS control the market place not sellers. With the price of petrol going up more each day, we consumers need to take action. The only way we are going to see the price of petrol come down is if we hit someone in the pocket by not purchasing their Petrol! And we can do that WITHOUT hurting ourselves. Here's the idea:

For the rest of this year DON'T purchase ANY petrol from the two biggest oil companies, I'll call them E$$O and GBP.

If they are not selling any petrol, they will be inclined to reduce their prices. If they reduce their prices, the other companies will
have to follow suit. But to have an impact we need to reach literally millions of E$$O and GBP petrol buyers. It's really simple to do!!

Now, don't wimp out on me at this point... keep reading and I'll explain how simple it is to reach millions of people!!

Again, all YOU have to do is send this to 10 people. That's all. (And not buy at E$$O and GBP) How long would all that take? If each of us sends this email out to ten more people within one day of receipt, all 300 MILLION people could conceivably be contacted within the next 8 days!!! Acting together we can make a difference. If this makes sense to you, please pass this message on.

It's easy to make this happen. Just forward this email, and buy your petrol at small local petrol stations, or else supermarkets, the point is boycott E$$O and GBP

Boycotting Petrol Stations is a Flawed Idea - Say the Experts 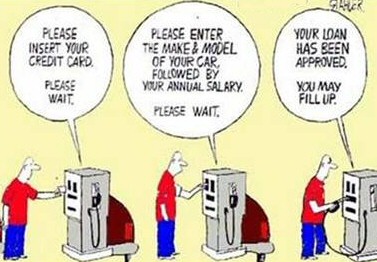 Economics Prof. Pat Welch of St. Louis University says any boycott of 'bad guy' gasoline in favor of 'good guy' brands would have some unintended (and unhappy) results.

Prof Welch says the law of supply and demand is set in stone. 'To meet the sudden demand,' he says, 'the good guys would have to buy gasoline wholesale from the bad guys, who are suddenly stuck with unwanted gasoline.'

So motorists would end up . . . paying more for it, because they'd be buying it at fewer stations.

Also, oil companies buy and sell from one another. Mike Right of AAA Missouri says, 'If a company has a station that can be served more economically by a competitor's refinery, they'll do it.'

Right adds, 'In some cases, gasoline retailers have no refinery at all. Some convenience-store chains sell a lot of gasoline - and buy it all from somebody else's refinery.'

A boycott of a couple of brands of gasoline won't result in lower overall prices. Prices at all the non-boycotted outlets would rise due to the temporarily limited supply and increased demand, making the original prices look cheap by comparison. The shunned outlets could then make a killing by offering gasoline at its 'normal' (i.e., pre-boycott) price or by selling off their output to the non-boycotted companies, who will need the extra supply to meet demand. The only person who really gets hurt in this proposed scheme is the service station operator, who has almost no control over the price of gasoline.

The only practical way of reducing gasoline prices is through the straightforward means of buying less gasoline, not through a simple and painless scheme of just shifting where we buy it. The inconvenience of driving less is a hardship too many people apparently aren't willing to endure, however.

Will and Guy accept that this particular case of 'Bringing down petrol prices' is moving into the category of urban myth.  However, we stand by the idea that public opinion, whipped up by internet sites, could be a useful weapon to curb the excesses of big companies.  If you see any cases where public pressure causes a big company to back down or reduces prices, please let us know.