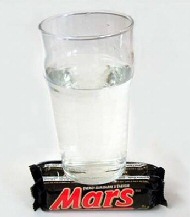 Top Ten Pranks For Your Office - Especially on April 1st

'Office pranks are good for morale and could even help reduce stress,' a new report has claimed.

Will and Guy suggest that pranksters consider their victims carefully to ensure appropriateness. We have been friends for many years have learned that Guy is much more relaxed about pranks than Will - so tread carefully.

'Playing a practical joke on a colleague could encourage creativity and improve team-working,' according to an executive jobsite. 'When people come together to create a prank, it encourages creativity, teamwork and gives the office a shared experience outside of the workload.' So writes Sarah Drew, general manager of TheLadders.co.uk.

Whoopee cushions may be deemed inappropriate.

However, an alternative view is taken by Rosemary Haefner, Vice President of human resources at CareerBuilder.com when she says, 'Pranking at work can be risky business.'

True Story of an Ill-conceived Prank

Sitra Walker was an employee at a clothing store in Columbus, Ohio. She had only been working there for two weeks, but already she
felt that she knew the manager well enough to joke around with him. So on April 1, 2003 she called him up at his home and told him that
armed men were robbing the store.

Too late. When the police arrived moments later they weren't amused and charged her with inducing a panic. Walker's manager fired
her.

Ned and his photography

When I was a green horn teacher I was slightly shocked by some of the strokes that older teachers pulled on their students.  One episode that opened my eyes was Ned's photography stunt.  Because of cut-backs, old Ned Foreman had to run his 3rd year
photography class (now called Year 9?) with no money for film.

What Ned did was to assure his pupils that there was film in the cameras. He then send them around and about to take pictures for their projects.  When it came to printing the non-existent photographs, Ned had a myriad of excuses; he seemed to invent a different excuse for every class.  If he was in a bad mood, Ned would stage an event where the class duffer opened the cameras.  Ned then lambasted the stooge for accidentally exposing some old film he that he secreted in the cameras between lessons.

If he was in a good mood, Ned would take partial responsibility himself, I remember him spellbinding my class with a dramatic tale of how a bird flew into the photography dark room (aka his kitchen) and caused a shaft of light to expose the film.  On another occasion it was a long saga about how a rabid dog ate the film.

Guy the Greenhorn and his yogurt project

As a greenhorn, I was the reverse of Ned.  I remember devising a bold project whereby the class made yogurt out of sour milk.  It would be
illegal now of course, but rules were lax 25 years ago.  Far from giving the class reasons why the sour milk did not turn into yogurt, I spent my own money and bought a dozen real cartons of plain yogurt and claimed that their experiment was a great success.

Years later when I was an older and wiser teacher, I pulled a stunt on my class.  The project for the Easter term was cactus.  I invested some of the departmental budget in some nice cactus plants for the pupils to take cuttings, we even had proper pots and a greenhouse to keep them warm.

Time for an April Fools joke.
I could hardly keep a straight face as I told them that I managed to get some Cactus seed at great expense.  In fact I was giving them gravel that I picked up on the way to the lesson.  My pupils dutifully planted the 'seeds' in their pots.  Finally, we formed a crocodile and deferentially stored the 'seeds' in the greenhouse to germinate over Easter.  At this point the bell went for the end of the lesson, so I dismissed them with the words, 'You know those Cactus seeds you just planted -  April Fool'.