Here is Will and Guy's collection of Xmas Jokes, one liners and amusing pictures

Roberta was going to the Xmas office party but needed a new party frock. So she went into M&S and asked the assistant, 'May I try on that dress in the window, please?' 'Certainly not, madam,' responded the assistant, 'You'll have to use the changing room like everyone else.'

Alex was five; all his Christmas presents were always signed, 'from Father Xmas.' A little while after Alex had opened all his presents on Xmas morning, we became aware that he was looking quite down in the mouth for no obvious reason. 'What's the matter, Al?' I asked. 'Ummmm', replied Alex slowly, 'I really hoped that you and Mummy would give me something for Xmas'.

Marge lost her handbag in the hustle and bustle of Xmas shopping in Regent Street, London. A small boy found it and he returned to her. Looking in her purse, Marge reasoned, 'Hmmm.... that's strange.  When I lost my bag there was a £20 note in it. Now there are four £5 notes.' The boy quickly replied with a charming smile and in a cockney accent, 'That's right, madam. The last time I found a lady's purse, she didn't have any change for a reward.' See more funny Xmas Jokes

November 2007, Liverpool, England: The Merseyside Food Inspection Agency (MFIA) has issued a warning about artificial Xmas tree made in Korea.  The problem concerns the Ringo beatle which infests tree bark and may escape and attack people's skin and lay eggs in their hair. A MFIA spokesperson said, 'The trees should have been treated with Rollingus stone which makes the Ringo beatle listless and curl up. However, this batch of artificial trees are untreated, consequently, this beetle can cause hysteria in teenagers and flashbacks in older people.  Strangely, the illness affects females more seriously than males'. The affected model is the 'Sergeant Pepper' and the batch number is FAB4.  In December MFIA issued a recall notice for these artificial Xmas trees.  Anyone who bought a 'Sergeant Pepper' tree in November should return it to the shop from where they purchased it and ask for a refund.  To help with Beatle identification, the MFIA has released the following funny Xmas tree picture: 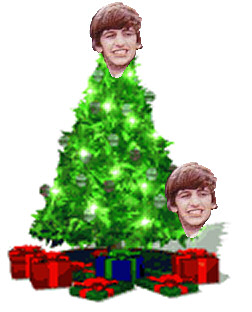 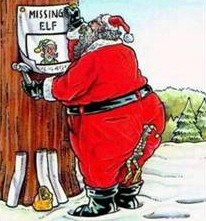 I told you cigars were bad for you 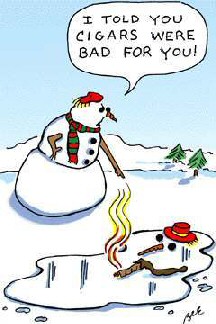