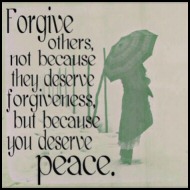 Will and Guy's favourite Witticisms

The only reason you get wiser as you get older is because you don't make the same stupid mistake twice.
Jonathan Tondee

Regarding #2.
Asking a working writer what he thinks about critics, is like
asking a lamp post how it feels about dogs. Christopher Hampton

Ricky, Tony, and Leroy were out riding their bikes in downtown Chicago when a
fire engine zoomed past with blaring sirens.

The three boys spotted an Alsatian dog on the front seat of the fire engine.

Ricky commented, "They use that dog to control sightseers."

But Leroy knew better, "No, that's not it," he said. "The dog is there to
point the firemen to the nearest fire hydrant!"

Will and Guy's Collection of Funny Quips, Bon Mots and Wit

Although Oscar Wilde did not invent the word 'Witticism', to me he is the
master of this branch of humour, for example:

For Example:
Prejudice is when you see the colour before the
contents

Key question is there an opposite of witticism?  We don't
know the answer, but here here are a few one-liners that would be
contenders for such an anti-witticism category.

Three animals were having a huge argument over who was the best.

The first, a hawk, claimed that because of his ability to fly, he could attack anything repeatedly from above, and his prey had nary a chance.

The second, a lion, based his claim on his strength ...
None in the forest dared to challenge him.

The third, a skunk, insisted he needed neither flight nor strength to frighten off any creature.

As the trio
debated the issue, an alligator came along and swallowed them all ... hawk, lion and stinker.  See more silly puns

Onomatopoeia is figure of speech where the word sounds like the thing that it is
describing.  For example, 'Miaow' 'moo', or 'slosh'.   Here are
examples from advertising.