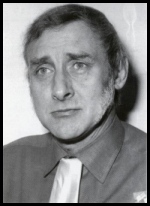 A professor investigating the psychology of humour says Spike Milligan was the author of the world's
funniest joke. Five years
ago, Professor Richard Wiseman did an online experiment in which 300,000 people from around the world voted for the best gag. Professor Wiseman now says the winner was almost certainly written by Milligan
during his Goon Show days.

The joke runs as follows: Two hunters are out in the woods in New Jersey when one of them collapses. He doesn't
seem to be breathing and his eyes are glazed. The other guy whips
out his '
phone and calls the emergency services. He gasps, 'My friend is dead! What can I do?'
The operator says, 'Calm down, I can help. First, let's
make sure he's
dead.'
There is a silence, then a shot is
heard. Back on the phone, the guy says, 'OK, now what?'

Professor Wiseman explained to BBC Radio 5 News, 'There is some very rare footage from 1951 showing the Goons in their first TV appearance. Just by
chance I saw it on a documentary and saw a version of the very same joke.'

Michael Bentine: I just came in and found him lying on the carpet there.
Peter Sellers: Oh, is he dead?

Bentine: I think so.
Sellers: Hadn't
you better make sure?

'It is very rare to be able to track down the origin of
any joke but this is an exception, 'said Professor Wiseman.