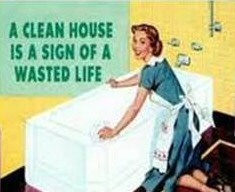 Paraprosdokian is a figure of speech, which is well understood by comedians, hence our inclusion on this
site

The key point is that the final words make the reader see the first part of the
sentence in a new light.

Will and Guy's Hilarious and
Funny Examples of Paraprosdokian

How Comedians Develop Paraprosdokian in Their
Jokes

I've had a perfectly wonderful evening, but this wasn't it.
Groucho Marx

I belong to no organized party; I am a Democrat."  Will
Rogers

On the other hand, we have different fingers.  Jack Handey

This list is is by no means complete, so please send us your
Paraprosdokian examples.

Paraprosdokian is a figure of speech, which little known by the general
public, but is well understood by satirsts.  The key feature is that the final words make the listener
reinterpret the first part of the sentence.

Will and Guy
Select Their Top Ten Quirky Words:

Footnote:
Please send us your examples of Paraprosdokian
jokes.