As it gets older, the differential starts slipping, and the U-joints get
worn, causing the drive shaft to go bad. The transmission won't go into high
gear and sometimes has difficulty getting out of low. The cylinders get worn
and lose compression, making it hard to climb the slightest incline.

When it is climbing, the tappets clatter and ping to the point where one
wonders if the old bus will make it to the top. The carburettor gets fouled
with pollutants and other matter, making it hard to get started in the
morning. It is hard to keep the radiator filled because of the leaking hose.

The thermostat goes out, making it difficult to reach operating
temperature. The headlights grow dim, and the battery need constant
recharging.

But if the body looks good, we can keep it washed and
polished, giving the impression it can compete with newer models and make
one more trip down the primrose lane before the head gasket blows. 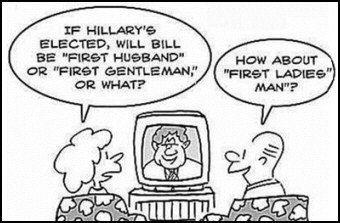 Why Were Knights So Called?

Guy's Answer: It was the age of chivalry.

Will's Answer: It was the dark ages.

In 1912, Country Life wrote that 'few words come to convey so beautiful a
meaning as that of "Gentleman".'

English gentleman never shows-off.  Any blatant self-promotion would
immediately  disqualify one from being a gentleman.  In this
respect becoming a gentleman is rather like the reverse of Groucho Marx
quote: 'I refuse to join any club that would have me as a member'.

However, down the years English gentlemen have exhibited surprising and
amusing behaviour. I was astonished to read that Edwardian
gentlemen circa 1905 had a penchant for tattoos, I was amused to discover
that a partridge was their favorite motif.  Apparently, these gentlemen
had a shot of cocaine to ease the pain of the tattooist's needle.

Moving forward two decades, I spotted this advice on crocodile shooting
etiquette, 'No compunction need be felt in shooting crocodiles, for where so
common it is a constant worry to the natives'.  As Algeron pointed out
to me, no gentlemen would ever read a books on etiquette, they just absorbed
how to behave by osmosis from
the gentry who came to their stately homes.

What caught my in Mark Hedges recent article published in the times was
this: 'No gentlemen would ever wear pink socks'.  An idea that I
beseech the women in my life to extend to shirts and even cardigans.

Mark Hedges finishes with this wonderful anecdote, which distils the
essence of an English gentleman.  A member of a club in London posted a
notice on the board demanding that the nobleman who stole his umbrella at
once return it.  When a fellow member asked how he knew that the
culprit was a noblemen he replied: "Sir, the rules of this club state that
it is for noblemen and gentlemen. And no gentleman would have taken my
umbrella."

Groucho Marx once said, "Any club that would have me as a member, I
wouldn't want to join". Whether or not you agree with his witty epigram,
there are some societies that you definitely wouldn't want to set out to
become a member of.

The Shuttlecock club is an exclusive society for anyone who has crashed
on the Cresta Run (in Switzerland) and survived. That second part of the
membership criteria might sound obvious but the Cresta Run is one of the
most dangerous things a human being can do short of actually committing
suicide. At times the gradient of the course is 1:2.8, which is nearly a 45°
slope and riders can reach an average speed of around 50 mph as they hurtle
face first off the side of a mountain. Members of the Shuttlecock Club
describe going over the top of the embankment as being "more like falling
out of an aircraft than anything else." Bearing in mind that the Cresta Run
is operated by the Cresta Club, formed largely from officers of the Army,
Royal Navy and R.A.F, if anybody can give an accurate description of falling
out of a plane, it's them.

Not to be outdone by a bunch of tobogganers, Air Force Pilots around the
world who have ejected from a fighter jet, and therefore actually did fall
out of a plane, have their own exclusive club. Founded by Sir James Martin
of ejector seat manufacturers Martin-Baker, the Ejection Tie Club rewards
pilots from air forces around the world who have looked death in the face,
then blasted off in a chair with… a tie. While this may sound to be quite a
simple membership rule, just remember the figures involved in this action.
When ejecting from a plane a pilot is literally seconds from becoming a
smooth paste on the ground, which is terrifying enough but the sheer force
of the seat itself firing is enough to break your neck if you look down,
exerting nearly 30Gs on the pilot as he takes off. Then there's the landing
to worry about. Pilots routinely break their ankles landing from an
ejection, and even in these practice runs the pilots make a less than gentle
return to Earth.... ..... ..... l just to get a tie and a lapel pin.

The Association of Dead People

In 1976 Indian man, Lal Bihari, applied for a bank loan but was turned
down due to the fact that he was dead. Despite Mr. Bihari's repeated
assertion to the contrary, and also, despite being very much alive, he had
been declared deceased by his uncle, who did so in order to gain ownership
of his nephew's land. He discovered around 100 people in the same boat as
himself and founded the Association of Dead People in order to campaign for
an easier process of reversing a death certificate. Unfortunately this did
not come easily and Lal Bihari was not declared alive again until 1994, five
years after he ran for the General Election and was accepted as a candidate
and 18 years after he was originally informed of his death.

By 2004, the Association of Dead People had around 20,000 members, four
of whom had been successfully declared alive by that time.

The World Association of Ugly People

As terrible rapper Xzibit once said; "Beauty is only skin deep but The
WAUP, or Club dei Brutti in its native Italy, see ugliness as a disability
and campaign against the discrimination of ugly people in the workplace.
Furthermore they also help ugly people accept their ugliness, get over their
fears and even find love for the most hideously afflicted. Ugly goes right
to the bone," and the World Association of Ugly People would only agree.

Break club
And finally, a club we'd all like to attend once in a
while!

Are you angry? Frustrated in your job? Wish you had an outlet for those
feelings? Well if you live in Buenos Aires, Argentina, then you can always
go along to Break Club.

It is a group of people - mostly women - who have started getting
together to smash up rubbish as a way of venting their aggression, all
within a safe and controlled environment. They can throw bottles at the
wall, or take all their frustration out on an old computer. Beats popping
the bubbles in bubble wrap!

Footnote:
Please send us your gentlemen
jokes and funny stories.