Signs that You've had TOO MUCH Computing

You try to enter your password on the microwave.

You email your son in his room to tell him that dinner is ready, and he emails you back, 'What's
for dinner dad?'

Your daughter sets up a web site to sell Girl Scout Cookies.

You chat several times a day with a stranger from South Africa, but you haven't
spoken to your next door neighbor yet this year. 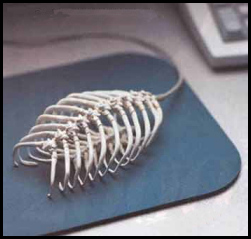 George landed his first computer programming position and he was thrilled. His father, Colin, although a stranger to the field, shared George's
enthusiasm and welcomed him at the door when he arrived home
after his first day, inquiring, 'What did you do at work today?'

He listened intently while George explained in great detail his eight hours of COBOL, binary code and JCL errors.

When George arrived home
the following night, once again his father, Colin, was waiting at the front door. 'So,' he greeted George, 'what did you have for lunch today?'

How to
Start the Day and Feel Really Good

Back when I worked as a PC technician I had a client who gave us his
computer to fix because it was riddled with malware. One of the standard
things we do is clean the cache, empty the recycle bin, scan for and remove
viruses.

When we gave him his computer back he freaked out on us demanding to know
what we did with his most sensitive files. We told him we didn't delete any
personal files and he told us we did. Apparently he kept his most important
documents in the recycle bin?!

We tried to explain what the recycle bin was actually for and he
just didn't want to listen and didn't care or know to care. That was his
sensitive file folder.

Footnote:
Thanks to Bjørn Jensen for sending
this computer tale.

These are sneaky computer jokes that techies with too much time on their
hands play on their co-workers, typically on April Fool's Day. 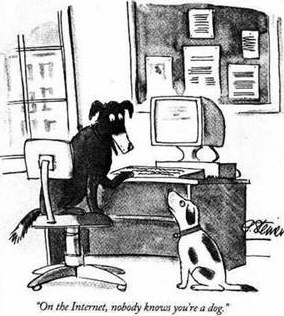 The IT director advertises that he needs a secretary.  Necessary
skills: document forming,  computer knowledge and a foreign language.
After a couple of days a dog walks in.

"I'm an open minded person," the pale-turned boss stutters, "but I need
someone who can form documents..."

The dog sits down behind the computer and compiles a totally decent
business letter.

Ricky, a customer, visits PC Express, the computer store, 'I'm looking
for a mystery Adventure Game with lots of graphics. You know, something
really challenging.'

'Well,' replies the shop assistant, 'Have you tried Windows Vista?' 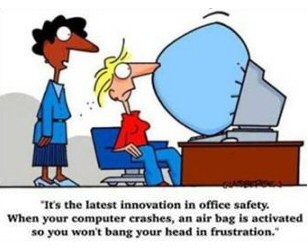 There was once a young man who, in his youth, professed his desire
to become a great writer.

When asked to define "great" he replied, 'I want to write stuff that the
whole world will read, stuff that people will react to on a truly emotional
level, stuff that will make them scream, cry, howl in pain and anger!'

While my next door neighbour, Ian, was tapping away on his home computer,
his seven year old son, Nathan, sneaked up behind him.

''What is it?' Mia, his elder sister asked gently but eagerly. 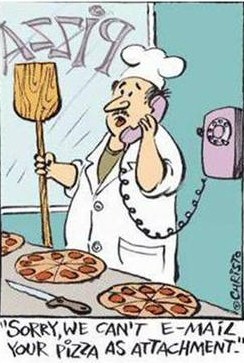 When he was at Queen's University, Belfast, Northern Ireland, Kevin
took a part time job as a computer technician dealing with most problems by
telephone. One day he received a call.

The caller told Kevin that her computer was not working. She described
the problem and he concluded that the computer needed to be brought in and
serviced.

Kevin told her to unplug the power cord and bring it to him in the office
and he would fix it.

About fifteen minutes later she showed up at Kevin's door with the power
cord in her hand...

When I Was Young - A Funny Computer Poem

A computer was something on TV
From a science fiction show of note
A window was something you hated to clean
And ram was the cousin of a
goat.

Meg was the name of my girlfriend
And gig was a job for the nights
Now they all mean different things
And that really mega bytes.

An application was for employment
A program was a TV show
A cursor
used profanity
A keyboard was a piano.

Memory was something that you lost with age
A CD was a bank account
And if you had a 3-inch Floppy
You hoped nobody found out.

Log on was adding wood to the fire
Hard drive was a long trip on the
road
A mouse pad was where a mouse lived
And a backup happened to your
commode.

Footnote:
Please write to Will and Guy if you have any funny computer jokes.