Skip to content
At the basketball court in a Gastonton, North Carolina, YMCA: "Anyone caught hanging from the rim will be suspended." Lenin scores.... 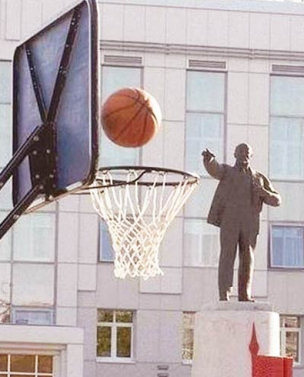 Attitude? Former Utah Jazz president, Frank Layden, commenting on a former basketball player, 'I told him, 'Son, what is it with you. Is it ignorance or apathy?' The former player said, 'Coach, I don't know and I don't care.' Symptoms? The psychology instructor had just finished a lecture on mental health and had proceeded to give an oral quiz to the freshman class.  Speaking specifically about manic depression, the instructor asked, 'How would you diagnose a patient who walks back and forth screaming at the top of his lungs one minute, then sits in a chair weeping uncontrollably the next?' A young man in the rear of the room raised his hand and answered, 'A basketball coach?' 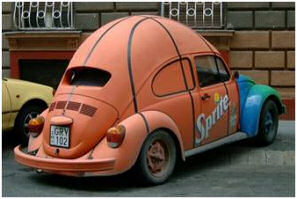 Analysis? Hanging in the hallway at the High School are the basketball team pictures from the past 40 years. A player in the centre of the front row in each picture holds a basketball identifying the year -- "62-63";"63-64"; "64-65" and so on. One day I spotted a freshman looking curiously at the photos. Turning to me, she said, 'Isn't it strange how the teams always lost by one point?' 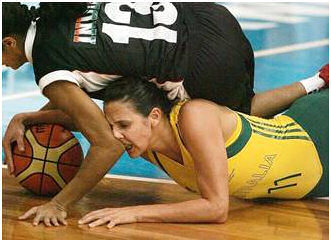 Lost in translation? Nike has a television commercial for hiking shoes that was shot in Kenya using Samburu tribesmen. The camera closes in on the one tribesman who speaks, in native Maa. As he speaks, the Nike slogan 'Just Do It' appears in the screen. Lee Cronk, an anthropologist at the University of Cincinnati, says the Kenyan is really saying, 'I don't want these. Give me big shoes.' Say's Nike's Elizabeth Dolan, 'We thought nobody in America would know what he said.' - Taken from an article in Forbes Magazine. 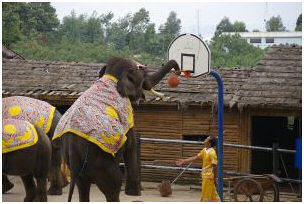 Respect? An allegedly true Bobby Knight story recalled as best as can be remembered from the "Morning Briefing" section of the L.A. Times: In the 1980 Olympics, the U.S. basketball team, coached by Knight, played and beat the Chinese team quite easily. When asked about the win, Bobby said, 'It was a lot of fun playing the Chinese, but an hour later, we wanted to play them again.' 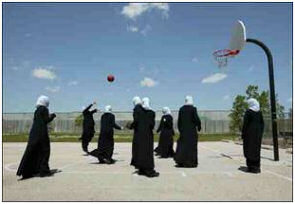 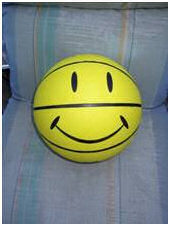 Down and out I once read a magazine biography of a down-and-out basketball star who was so desperately addicted to drugs that he took to crime. Let's call him "Bill" for dramatic effect. His first mistake was to rob a convenience store in his own neighbourhood. The owner of the store instantly recognized the six-foot-plus basketball star neighbour despite his pathetic attempt to wear a mask. When the owner said, 'Bill, don't do this, okay?' To which the player/robber replied, 'Naw, it ain't me, man. It ain't me.' Sign-up, or Sign-down! 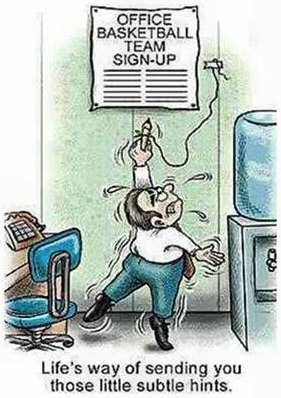 Please send Will and Guy your favourite basketball jokes