They say when you play that Microsoft CD backward you can hear satanic
messages ... but that's nothing. If you play it forward it will install
Windows 8.

Customer: How much does Windows 8 cost?

Customer: Oh, that's kind of expensive.
Can I buy just one window?

I drove to the new Microsoft store at Yorkdale in Toronto yesterday. Nice
looking store, all out in the open in the center of the mall, solid glass
front from floor to ceiling. I could not find the door to get in, yet there
were obviously lots of Microtechies inside all gesturing me silently me to
come in. But not one of them gave me a hint of how.

I went home and read the Windows 8 website. Turns out I was supposed to
select any one corner of the store and hover at least 2 inches up for 2
seconds and the glass panel slid upwards. Hey Bill, nice move!
[Kindly sent in by Bob Lepp]

Five favourite error messages that were trialled during the
development of the Windows 8 operating system:

Tech Support: Do you have Windows 8 open right now?

There are three engineers in a car; an electrical engineer, a chemical
engineer and a Microsoft engineer.

Suddenly the car just stops by the side of the road, and the three
engineers look at each other wondering what could be wrong.

The electrical engineer suggests stripping down the electronics of the
car and trying to trace where a fault might have occurred. The chemical
engineer, not knowing much about cars, suggests that maybe the fuel is
becoming emulsified and getting blocked somewhere.

Then, the Microsoft engineer, not knowing much about anything, comes up
with a suggestion, 'Why don't we close all the windows, get out, get back
in, open the windows again, and maybe it'll work.'

Last year I replaced 8 windows in my house with that expensive
double-pane energy efficient kind, and today, I got a call from the
contractor who installed them. He was complaining that the work had been
completed a whole year ago and I still hadn't paid for them.

Hellloooo,...........just because I'm blonde doesn't mean that I am
automatically stupid. So, I told him just what his fast talking sales guy
had told me last year, that in ONE YEAR these windows would pay for
themselves! Helllooooo? It's been a year! I told him.

There was only
silence at the other end of the line, so I finally just hung up. He never
called back. I bet he felt like an idiot. 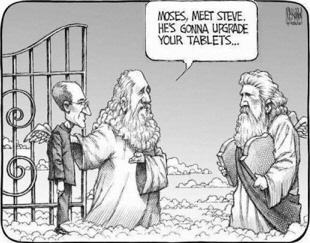 Capacity of whisky in litres, IT style:

A mole at Microsoft recently reported these Windows 8 error messages.

Windows 8 Error: 001 This will end your Windows session. Do you want to play
another game?

Windows 8 Error: 009 Unexplained error - Please tell us how this
happened

Windows 8 Error: 00E Mouse not found - A mouse driver has not been
installed. Please click the left mouse button to continue.

Customer: I have
a huge problem. A friend has placed a screen saver on my computer, but every time I move the mouse, it disappears.

Here  are sneaky Windows 8 jokes that people with too much time on their
hands play on their co-workers, typically on April Fool's Day.

Customer: My 13 year-old daughter has put a password
on my Windows 8 computer and I can't get in.

Advisor: Has she forgotten it?
Customer: No
she just won't tell me it because I've grounded her.