This page featuring humour from all over the world, fits in with our idea of something for everyone.
In this age of 'Political correctness' at least one person a week writes in with
a cheap shot criticising Irish, Women, Polish or Welsh jokes.  Our reply is
to include tasteful jokes about each and every group without bias.
Incidentally, the only complaints that we have had from Australians is - 'We
want more jokes about Aussies'.

This humour comes from a research project on 'funny jokes' conducted by the
British Association for the Advancement of Science.

Texan: 'Where are you from?'
Harvard graduate: 'I come from a place where we do not end our sentences with
prepositions.'

Texan: 'OK, where in California do you come from, Jackass?'

Jokes From All Over The World

What do you call a woman who can balance 8 beers on her head?

The clerk examined the paper and politely told the dog, 'There are only nine
words here. You could send another Woof for the same price.'

'But,' the dog replied, 'that would make no sense at all.'

'Well, you see, there are basically three kinds of people in the world. Those
who can count and those that can't.'

'You're a high-priced lawyer! If I give you 500 dollars, will you answer two
questions?'
'Absolutely! What's the second question?'

'A guy phones the local hospital and yells, 'You've gotta send help! My wife's
in labour!'

The nurse says, 'Calm down. Is this her first child?'

He replies, 'No! This is her husband!'

Another Collection of Jokes from Around the World 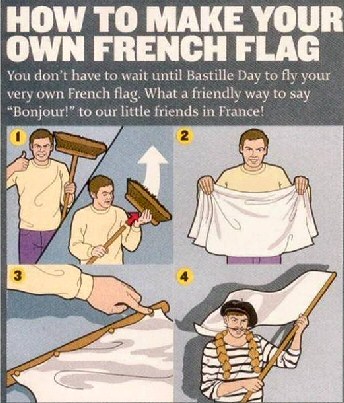 Stanley decided to lookup his friend Alf, who was a tight-fisted
Yorkshireman.  He found Alf at his bungalow in Huddersfield
stripping the wallpaper from the dining room.  Rather obviously, he
remarked, "You're decorating, I see."  To which Alf replied, "Nay
Stanley lad, I'm moving 'ouse to Bradford."

Footnote:
Please send us your jokes from all over the
world.