Skip to content
Here we have an Olympic athlete.  He is running, jumping and throwing in fact he is having his very own Olympic games. What's more he has a friend to film his Olympic endeavours.  Enjoy the amusing video of this personal Olympics.  Will and Guy have run such races in our heads, we suspect that you may have too! 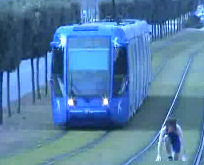 For company, our Olympic athlete has a tram.

Here is where the funny Olympic video gets serious - The coconut shot putt.

Is this the Fosbury Flop? 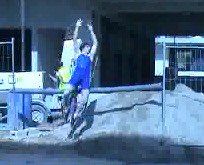 In the Mexico City Olympics of 1968, Dick Fosbury caused a sensation by re-defining the high jump technique.  Our intrepid athlete shows the camera his funny high jump.  Our friend above both have funny Olympic styles, but there the similarity ends. 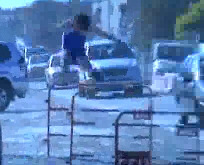 Ed Moses - complete with 'shades' was the best ever Olympic 400m hurdler. He won Gold at the 1976 and 1984 Olympics, unfortunately USA boycotted the 1960 Moscow celebration. 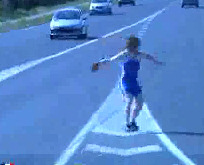 We are not sure who is in more danger, the drivers of the cars, or our hero. On the video, the car drivers certainly don't look amused. Al Oerter was the best ever Olympic discus thrower.  He won 4 consecutive gold medals 1956, 1960, 1964 and 1968.  In each case he battled injury, adversity and seemingly better athletes.

As You View our Funny Olympics Video - Dream of what you would do.....

See what happens when our intrepid Olympic athlete runs his events. All will be revealed in the video below. N.B. With some browsers you need to click twice on the Play arrow

to start the video. N.B. Help for Mozilla browsers Free Download of Funny Olympics Video (Right click, Save Target As)