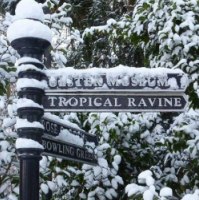 Here is Will and Guy's selection of funny ice scenes, and interesting vistas. 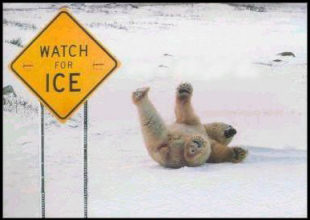 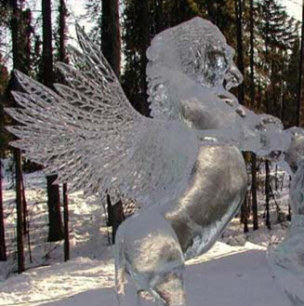 This ice horse is from the World Ice Art Championships in Fairbanks, Alaska. 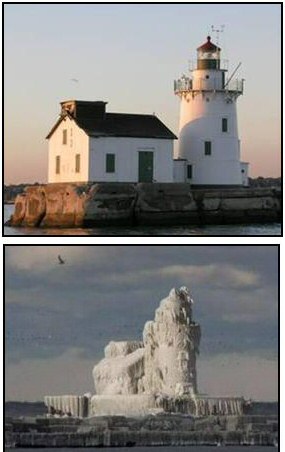 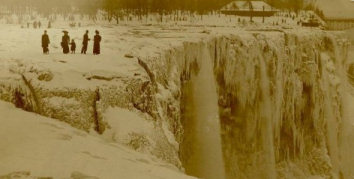 Situated on the America / Canada border, the Niagara Falls often get snow, but it's extremely rare for it to be cold enough for the falls to freeze.  Sadly the phenomenon is never likely to happen again, partly because of global warming and partly due to man-made dam to control the flow.  To be accurate, it was the American falls that froze and not the larger Horseshoe falls, also at Niagara.

Nevertheless, we are impressed by these frozen snow pictures with their giant icicles.  Click on the picture to see an enlargement of the snow scene.  Incidentally the Niagara is an American Indian word meaning 'Strait'. 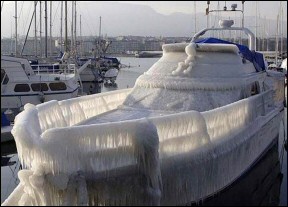 1) This is a true story about John Porter, from New York State, USA, whose pipes in his home froze one winter. Anxious to unfreeze them, Mr Porter backed his car up to an open window so that the exhaust would warm up the house.

A little while later and Porter, his wife and their three children had to be rushed to hospital suffering from carbon monoxide poisoning.

2) George Gibbs, 23, suffered second and third-degree burns on his head in Columbus, Ohio one freezing cold winter. Unable to start his car, he diagnosed the problem as a frozen fuel line which he thought he could correct by running warm petrol through it. He then tried to heat a two-gallon can of petrol on his gas stove in the kitchen.

See more of our Loser stories. 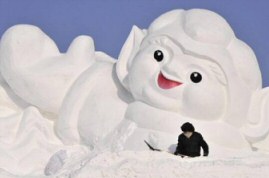 Can you see a man in this picture? - It tells you the scale. 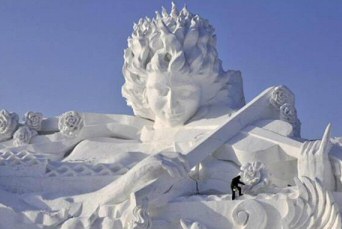 A worker installs lights on a snow sculpture prior to the Harbin International Ice and  Snow Festival in Harbin, Northeast China's Heilongjiang province. 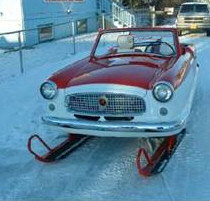 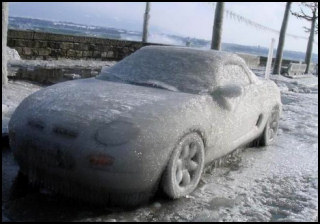 Question. How do Snowman travel around?
Answer. By riding an icicle. 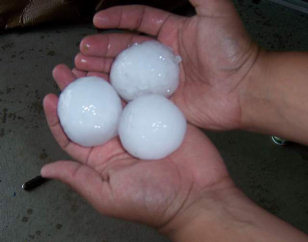 Where Did These Ice-balls Come From?

We know a farmer who grows snowballs just outside Tinseltown, Vancouver, Canada.  They are a difficult crop to grow and amazingly, the snow balls are ready for harvesting every year on April the first.  The farmer is working on a variety of snow balls that he can grow in December so that they are ready for Christmas, unfortunately he cannot get the fairies to plant them at the right time, would you believe they are complaining that Christmas time is too cold to work.

Ice Scene of the Crime! 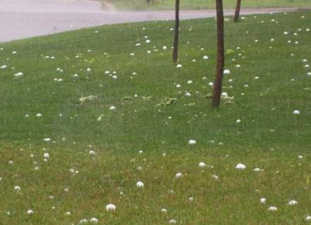 Facts and Trivia About Ice and Snow 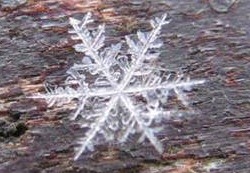 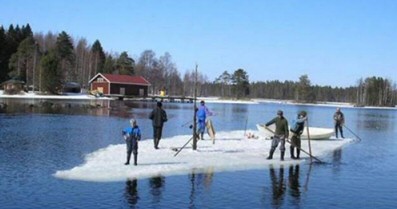 A Backdrop of the Partially Frozen Multnomah Falls, near Bridal Veil, Oregon, USA. 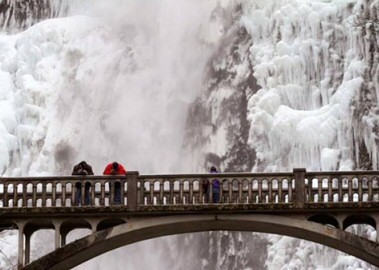 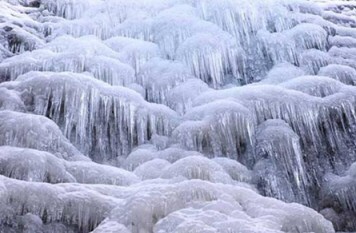 Lights Reflect in the Ice Covering a Tree on the Grounds of the Indiana War Memorial in Indianapolis, USA 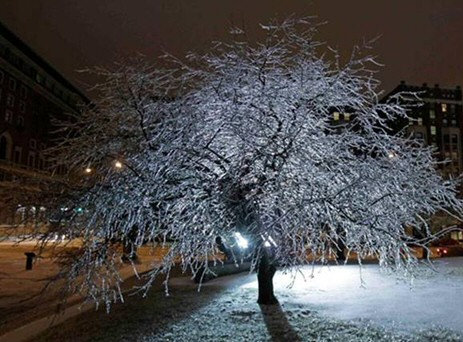