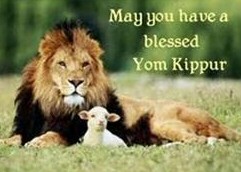 Yom Kippur is Jewish religious festival that starts at sunset on the
evening of the 10th day of their civil new year (Tishrei 10).

After the Yom Kippur services the fast is broken by having breakfast.  Now
the real party begins with the breaking of the fast.  It is tradition to
celebrate this with a hearty spread of food that may include, for example,
challah, [a bread] pickled and smoked fishes and bagels with cream cheese. 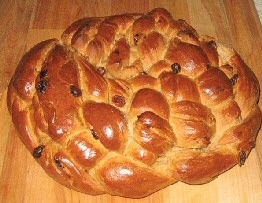 A shofar is a horn, traditionally that of a ram, which is used for Jewish
religious purposes.  Shofar blowing is incorporated in synagogue
services at Yom Kippur.

On the 10th of Tishrei, "God restored His goodwill with the Jewish people
gladly and wholeheartedly, saying to Moses 'I have forgiven, as you ask',
and gave him the Second Tablets".  This was forgiveness for people of
Israel betraying their new covenant with God by worshipping a Golden Calf.
Thus Yom Kippur was established that as a day of atonement or forgiveness.

Yom Kippur, the Day of Atonement,
Falls on the Hebrew Calendar Date of 10 Tishrei

Here are the coinciding secular dates

1) When to Call For a Priest

Joshua is on his death bed late one night with the wind howling and the
rain beating down fiercely.

His wife Rachel comes in and asks if she can do anything for him.

Joshua replies, 'There is one thing. Call a priest.'
'Darling, Josh,
you're delirious. You mean a Rabbi?'

'No I mean a priest. Why send the Rabbi out so late on such a night?'

2) A Priest and a Rabbi
A priest and a rabbi are
discussing the pros and cons of their various religions, and inevitably the
discussion turns to repentance.

3) Save Me Lord
David Greenbaum is a devoutly religious
man who believes in the power of prayer.  His house is caught in the
rising waters of a devastating flood.

4) The Synagogue
Rick wanted to get into the synagogue
In Gants Hill, London on Yom Kippur, but without a ticket they don't let you
in.

Rick pleads, 'Look, I just want to give a message to Morris in there.'

The man at the door says, 'Sorry sir, you've got to have a ticket.'
Rick replies, 'Just let me in for one minute, then I'll be right out.'

'Alright,' says the man at the door, 'but I better not catch you
praying.'

5) The Rabbi Has a Heart Attack
The President of the
congregation went to visit Rabbi Ben Azzai, who is in the Tel Aviv hospital
having just suffered a mild heart-attack.

He says, 'Rabbi, the board just voted 12 to 8 to wish you a speedy
recovery.'

Footnote
Will and Guy are keen to learn more about
Yom Kippur, so please send us your stories, and corrections to our
information.