Here is a page of our free,
assorted, funny Woman jokes.  The first section has one-liners, while the second section features short stories.  At the bottom of the page are funny pictures of women drivers.  Enjoy the best of Will and Guy's
woman jokes.

Note:
Guy is happily married to Pauline, and Will happily married to Stephanie.
We consider ourselves gentlemen.  In the 'old days' we
found some women jokes, and many blonde jokes, in poor taste.
However, we consider that political correctness pendulum has swung too far the other way,
and we are in danger of missing out on a rich seam of humour because the
politically correct bandwagon seeks to ban all women jokes.  Will and Guy continue to
tread the middle ground where we will publish women jokes that we think are
funny, but not offensive.

If you take political correctness to its logical conclusion, men would want
to ban 'man' jokes like the following Rita Rudner quip, however, Will and Guy can
laugh along with Rita without any thought of taking offence.

My mother buried three husbands, and two of them were just napping.
Rita Rudner

A woman worries about the future until she gets a husband.

A man never worries about the future until he gets a wife.

Iris, my sister-in-law, is a long distance lorry driver. She decided to get a dog for protection for the long days and nights that she was away from home. As she studied a likely candidate, the breeder told
her, 'I must warn you that he doesn't like men.'

Some time later as she was leaving a transport café, two men approached her, in the car
park, and Iris watched to see how her new 'bodyguard' would react. It soon became clear that the breeder hadn't been joking, because as the men got closer, the dog ran under the nearest car and hid. 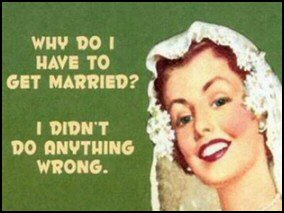 How Being a Parent Can Change Your Life:

When a baby is born into a family it affects every one in that family.
However, as you have baby 2 ... then baby 3, the way in which you deal with the child also changes considerably.  Read these suggested differences and enjoy a laugh with Will and Guy.

1st baby:
You begin wearing maternity clothes as soon as your pregnancy is confirmed.

2nd baby: You wear your ordinary clothes for as long as you are able.

3rd baby: Your maternity clothes are your ordinary clothes.

Getting Ready for the Day of the Birth:

1st baby: You practice your breathing as often as possible

2nd baby: You don't
bother practicing your breathing because you remember that last time,
breathing didn't
help at all.

3rd baby: You accept an epidural injection as soon as it is offered.

It's
All in the Name

A pregnant Irish woman from Dublin gets in a car accident and falls into a deep coma. Asleep for nearly 6 months, when she wakes up she sees that she is no longer pregnant and frantically asks the doctor
about her baby.

The doctor replies, 'Ma'am you had twins! a boy and a girl. Your brother from Cork came in and named them.'

Yesterday scientists revealed that beer contains small traces of female hormones. To prove their theory, the scientists fed 100 men 12 pints of beer and observed that 100% of them gained weight, talked
excessively without making sense, became emotional, and couldn't
drive. -- No further testing is planned.

Political correctness had developed a momentum all it own.  My greater concern is bullying, I am
against all forms of bullying both at work and in school.  However, I do believe that areas, which are considered politically incorrect, can still be used for a joke - and this page is one of them!

Yesterday I was having some work done on my car at
the Ford dealer. 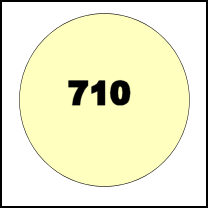 Bert gave the woman a piece of paper and a pen and asked her to draw what the piece looked like. She
drew a circle and in the middle of it wrote 710. He then took her over to another car which had the hood up and asked, 'Is there a 710 on this car ?'

An 80 year old woman was arrested for shop lifting. When she went before the judge in Cincinnati he asked her, 'What did you steal?'

She replied, 'A can of peaches.'

The judge
then asked her why she had stolen the can of peaches and she replied that she was hungry.
The judge then asked her how many peaches were in the can. She replied 6.

The judge then said, 'I will
then give you 6 days in jail.'

Before the judge could actually pronounce the punishment, the woman's
husband spoke up and asked the judge if he could say something.

The husband said, 'She also stole a can of peas.'

Brian had asked Dave to help him out with cutting his rather large garden hedge after work, so Dave went straight over to Brian's
home. When they got to the front door, Brian went straight up to his wife,
gave her a big hug and told her how beautiful she was and how much he had missed her at work. When it was time for supper, he complimented his wife on her excellent cooking, kissed her and told her how much he
loved her.

Once they were cutting the privet, Dave told Brian that he was surprised that he fussed so much over his wife. Brian said that he'
d started this about six months ago, it had revived their
marriage, and things couldn't
be better. Dave thought he'd give it a go.

When he got home, he gave his wife a massive hug, kissed her and told her that he loved her. His wife burst into tears. Dave was
confused and asked why she was crying. She said, 'This is the worst day of my life. First, little Nigel fell off his bike and twisted his ankle.  Then, the washing machine broke and flooded the basement.  And
now, you come home drunk!'

With This Ring I Me Wed

Janet Downes, from Nebraska, USA, thinks she has found the secret for a
happy marriage: she's marrying herself on her fortieth birthday. She says
the wedding ceremony celebrates that she is 'happy with herself,' and plans
to exchange vows with herself in the mirror.

The ceremony will include a wedding gown, flowers, a traditional cake,
and a choir. 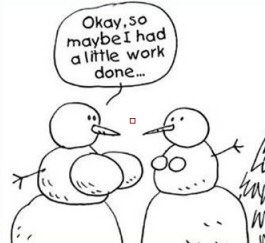 Mr Toskana has
had an expensive divorce and now needs the money  SALE NOW ON!!

Woman Driver Jokes - How did She do THAT

Our question is how did the woman explain parking the car?

As ever, Will and Guy try to alter names and pictures to protect the guilty - Even Woman drivers!

Will and Guy's Top Ten Ideas Of

What Men Know About Women

I love being married. It's so great to find that
one special person you want to annoy for the rest of your life.
Rita Rudner

I Love You?  Mixed Message

But I hate your car?

The husband had just finished reading the book 'Man of the House.'

He stormed into the kitchen and walked directly up to his wife, pointing a finger in her face, he said,

His wife replies, 'the funeral director would be my guess'.

P.S.
Please write to Will and Guy if you have any funny woman jokes.