In Britain for two weeks in June, one of the four Grand Slam tennis tournaments is played at The All England Club, Wimbledon, just outside London 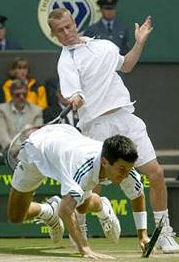 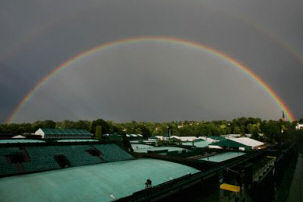 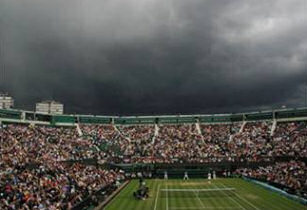 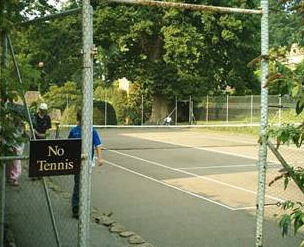 Arnie, a management executive, has on his doctor's orders, to take part in some form of sporting activity.  Arnie decides to play tennis. After a few of weeks Moya, his secretary asks him how he's doing. 'It's going very well, thanks,'  Arnie answers. 'When I'm on the court and I see the ball speeding towards me, my brain immediately says: 'To the corner! Back hand! To the net! Smash! Go back!' 'Really? What happens then?' Moya enquires of Arnie, in some awe. 'Then my body says, 'Who? Me? You must be kidding!' Both Will and Guy have some sympathy with Arnie. 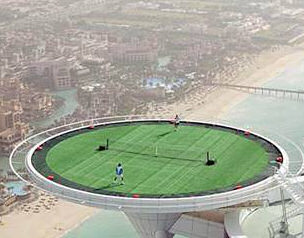 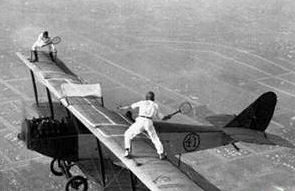