Wierd Jokes Based on Clever Use of Language:

1) A linguistics professor was lecturing his class one day.

A loud voice from the back of
the room piped up, 'Yeah, right.'

2) Robert went to his lawyer and said, 'I would like to make a will but I don't
know exactly how to go about it.'
The lawyer smiled at Robert and
replied, 'Not a problem, leave it all to me.' 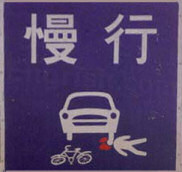 Robert looked somewhat upset and said, 'Well, I knew you were going to take a big portion, but I would like to leave a little to my family too!'

3) A policeman spotted a jay walker and decided
to challenge him, 'Why are you trying to cross here when there's
a zebra crossing only 20 metres away?'
'Well,'
replied the jay walker, 'I hope it's
having better luck than me.'

4) Two lawyers arrive at the pub and ordered a couple of drinks. They then take sandwiches from their briefcases and began to eat.

Seeing this, the angry publican approaches them and
says, 'Excuse me, but you cannot eat your own sandwiches in here!'

The two look at each other, shrug and exchange sandwiches.

5) Brenda and Terry are going out for the evening. The last
thing they do is put their cat out.

The taxi arrives, and as the couple walk out of the house, the cat scoots back in.

Terry returns inside to chase it out. Brenda, not wanting it known that the house
would be empty, explains to the taxi driver, 'My husband is just going upstairs to say goodbye to my mother.'

Several minutes later, an exhausted Terry arrives and climbs back into the taxi saying, 'Sorry I took so long, the stupid idiot was hiding under the bed and I had to poke her with a coat hanger several times before I could get her to come out!'

There were two brothers one of whom had really large eyes and the other huge ears.

They went for a job on a ship. The captain said, 'What can you do? 'Well, I can be a lookout,' said the guy with the large eyes.

'What about him?'
said the captain. 'Well he's
my brother, so he's

got to come with me.'

The captain said, 'OK, you can be lookout and take him with you to the crow's
nest and keep him out of my way!'

nest sounded in the wheelhouse !'
Ship bearing port 10. The captain looked at the radar, not an echo on the scope.

'Are you sure?'
he enquired.'
Positive, 'came the reply,' and what's
more its
Chinese.'

I don't
know
- our television doesn't
pick it up.

Sherlock Holmes and Dr. Watson go on a camping trip, set up their tent, and fall asleep. Some hours later, Holmes wakes his faithful friend.

'Watson, look up at the sky and tell me what you see.'

'What does that tell you?'

Holmes is silent for a moment, then speaks. 'Watson, you idiot, someone has stolen our tent.'

Three Wierd
Jokes that have
Stood the Test of Time

The American and the Welsh farmers

An American
farmer was on holiday in Wales.  He could not resist exploring the hill farms north of Aberystwyth.  At lunch time he dropped into a pub and fell into easy conversation with a Welsh farmer.

'How big is your spread?'
, asked the American. 'Well look you, it's
about 20 acres he said'
.  Only 20 acres the American responded, back in Texas I can get up at sunrise, saddle my horse and ride
all day, when I return at supper time, I'll be lucky to cover half my farm'. 'Dew dew'
, said the Welshman, 'I once had horse like that, but sent him to the knackers yard.'

Three retirees, each with a hearing loss, were playing golf one fine March day. One remarked
to the other, 'Windy, isn't
it? 'No,' the second man replied, 'it's
Thursday.'  The third man chimed in, 'So am I. Let's
have a beer.'

This Will Rot More than Your Teeth

The hospital's
consulting dietician was giving a lecture to several community nurses from the Southampton area of Hampshire.

'The rubbish we put into our stomachs and consume should have killed most of us
sitting here, years ago. Red meat is terrible. Fizzy drinks attack your stomach lining. Chinese food is loaded with msg. Vegetables can be disastrous because of fertilisers and pesticides and none of us
realises the long-term damage being done by the rotten bacteria in our drinking water. However, there is one food that is incredibly dangerous and we all have, or will, eat it at some time in our lives.

Now, is
anyone here able to tell me what food it is that causes the most grief and suffering for years after eating it?' 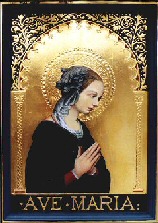 'I'm in a terrible fix,' moaned Raymond. 'I'm in love with two girls and
I don't know which to marry.'

'No problem,' said Sean to the Englishman. 'I know you're not a Catholic
but I think the church could help you. Call in tomorrow morning, kneel down
and try a sincere prayer to God - that should do the trick.'

'It worked. It's a miracle,' Raymond enthused. 'I walked in, knelt down
and there it was written in red across the altar cloth: AVE MARIA!'

One-liners - Deliberately Chosen to Give Variety and Surprise

The airline had a policy that required the first officer to stand at the door while the passengers exited, smile, and give them a - 'Thanks for flying XYZ airline'.

Finally, everyone had gotten off except for this little old lady walking with a cane.  She said, 'Sonny, mind if I ask you a question?'
Why no Ma'am,'  said the pilot, 'What is it', the little old lady
said, 'Did we land or were we shot down?'

'I'm in a terrible fix,' moaned Raymond. 'I'm in love with two girls and
I don't know whether to propose to Wendy or Mary.'

'No problem,' said Sean to the Englishman. 'I know you're not a Catholic
but I think the church could help you. Call in tomorrow morning, kneel down
and try a sincere prayer to God - that should do the trick.'

'It worked. It's a miracle,' Raymond enthused. 'I walked in, knelt down
and there it was written in red across the altar cloth: AVE MARIA!'

A nursery school teacher was observing her classroom of children while they were drawing. She would occasionally walk around to see each child's
work.

As she got to little Sarah who was
working diligently, she asked what the drawing was. Sarah replied, 'I'm drawing God.'
The teacher paused and said, 'But no one knows what God looks like.'

Sarah replied, 'They will in a
minute'

Footnote:
Please write to Will and Guy with your Wierd Jokes.