Bad husbands are like bad coals - they smoke, they go out, and they don't
keep the pot boiling.

The Secret of a Happy Marriage
From R.Hynes of Mornington

My wife and I have the secret to making the marriage
last...
Twice a week we go to a nice restaurant, have some good food, a little wine and companionship. She goes Tuesday and I go Friday. We sleep in separate beds, hers in Sydney and mine in Melbourne.

I take my wife everywhere, but she keeps finding her way back.
I asked her where she wanted to go for our anniversary, 'Somewhere I haven't been for a long time' she said. So I suggested
the kitchen.

We always hold hands. If I let go, she shops.
She has an electric blender, an electric toaster and an electric bread maker. When she said that she had too many gadgets but nowhere to
sit down. I bought her an electric chair.

Remember that marriage is the number one cause of divorce. Statistically 100% of all divorces started with marriage. I married Ms. Right, I just didn't know
that her first name was ALWAYS.
I haven't spoken to her in 18 months now - I don't like to interrupt her.  The last time we had a fight, it was my fault.  She asked, 'What is on the TV?'  I said
'It looks like Dust'.

Original article - The Secret of a Happy Marriage by R.Hynes of Mornington.

Hilarious Advice On How To Look After Your Husband

This advice was allegedly in a Home Economics textbook. 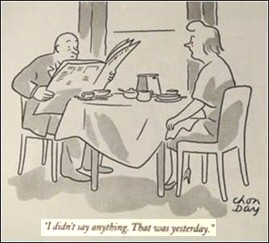 Have his dinner ready. Plan the night before to have a delicious meal
ready for him on time. This will let him know that you've been thinking of
him and concerned about his needs. Most men are hungry when they come home
and the thought of a good meal is part of the warm welcome he needs.

Make yourself look nice. Take a 15 minutes rest so that you will be
refreshed when he arrives home. Touch up your make-up and put a pink ribbon
in your hair. Don't forget he has just been with a lot of work-weary people,
so he will need you to look fresh. Be gay and interesting, as his boring day
will need a lift.

Clear away the clutter around the house. Make one last trip through the
main part of the house just before your husband arrives home and gather up
school books, toys, paper, etc. Run a duster over the tables. Then, when he
arrives home, your husband will feel he has reached a haven of rest and
order. It will give you a lift too.

Prepare the children. Take a few minutes to wash their hands and faces,
comb their hair and if necessary, change their clothes. They are little
treasures and he would like to see them playing the part.

Minimise all noise. As soon as he arrives home, turn off the washer,
dryer, dishwasher and vacuum. Encourage the children to be quiet. Be happy
to see him. Greet him with a warm smile and look glad to see him.

Don't greet him with problems and don't complain if he is late for
dinner. Count this as minor compared to what he might have gone through that
day. So make him comfortable. Have him lean back in his armchair or suggest
that he lie down in the bedroom. Have a cool drink ready for him. Arrange
his pillow and offer to take off his shoes. Speak in a low, soft, soothing
and pleasant voice. Allow him to relax and unwind. Listen to him. You may
have a dozen things to tell him, but the moment of his arrival is not the
time. Let him talk first.

Make the evening his. Never complain if he does not take you out to
dinner or other pleasant entertainment. Instead try to understand his world
of strain and pressure, his need to unwind and relax. Your goal is to try to
make your home a place of peace and order where your husband can relax in
body and spirit.

How to Understand Women! 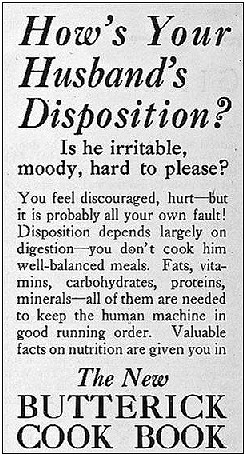 The Secret of Marriage - Understanding
Men

This has been a tongue in cheek public service message from Will and Guy to
help women to better understand men.

A Secret of a Happy Marriage 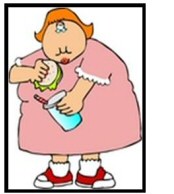 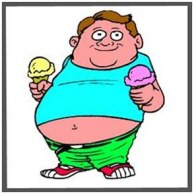 Couples who marry or live together are more than twice as likely to
become obese than those who live apart, say scientists.

Will and Guy can inform you that a recent study, to be published in the
journal "Obesity", also showed that the risk of obesity rises the longer
people live together.

Penny Gordon-Larsen, associate professor of nutrition at the University
of North Carolina, USA, found some positive health benefits to marriage,
including decreased cigarette smoking and lower mortality, but she added,
'We also see greater weight gain than in others of the same age, and greater
risk of obesity. Maybe the cause of weight gain is not just age, but the
pressure of shifting behaviours that result in weight gain.'

She went on to tell us that people living together tended to eat meals
together, possibly cooking bigger meals or eating out more often than they
did when they were single. They were more likely to watch television
together instead of going to the gym or playing a sport.

As an example of how some people viewed marriage in the 1850s, here is a
comic poem:
You know I'm very fond of the ladies,
I say bless those wives that fill our lives
With little bees and honey,
They ease life's shocks, they mend our socks -
But can't they spend the money?

More Secrets of a Happy Marriage: from the
Postbag:

Wife [whingeing]: You never speak to me anymore.

Husband: What? Only five minutes ago I told you to shut up.

Ten Rules for a Happy Marriage:

The Secrets of a Long Marriage

An Hilarious Look at a Successful Italian Marriage

At the session last week, the priest asked Cristiano, who said he was
approaching his 50th wedding anniversary, to take a few minutes and share
some insight into how he had managed to stay married to the same woman all
those years.

Cristiano announced to the assembled husbands, 'Wella, I'va tried to
treata her nicea, spenda da money on her, but besta of all is, I tooka her
to Italy for the 25th anniversary.'

The priest responded, 'Cristiano, you are an amazing inspiration to all
the husbands here. Please tell us what you are planning for your wife for
your 50th
anniversary?'

As funny as that is, getting your wife great
anniversary gifts can show her how special she is to you.

Will and Guy's Marital Advice

The secret to a happy marriage for men is choosing a wife who is smarter
and at least five years younger than you, UK experts have suggested to Will
and Guy. These pairings are more likely to go the distance, particularly if
neither has been divorced in the past, according to researchers at Bath
University, England.

The work is published in the European Journal of Operational Research.
The researchers studied interviews of more than 1,500 couples who were
married or in a serious relationship.

Five years later, they followed up 1,000 of the couples to see which had
lasted.

They found that if the wife was five or more years older than her
husband, they were more than three times as likely to divorce than if they
were the same age. If the age gap is reversed, and the man is older than the
woman, the odds of marital bliss are higher.

Is This The Secret To A
Happy Marriage?

Two identical twin brothers have married two identical twin sisters in a
joint wedding ceremony in China. The two couples, from Binhai town, Jiansu,
China, look so much alike that members of their own family struggle to tell
them apart.

Footnotes:
Please send us your secret of a happy marriage.