If we are unlucky enough to be involved in a car
accident, of course it is never going to be our fault.

The
following quotes show what people write on their insurance claim forms.
Apparently these are strange but true stories collected by assessors. 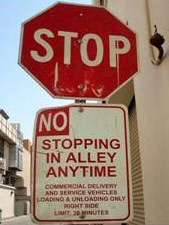 1. 'I was on my way to the doctor with rear end trouble when my universal joint gave way causing me to have an accident.'

2. I knocked over a man. He admitted it was his fault as he had been
run over before.

3. I collided with a stationary tramcar coming the other way.

4. I consider that neither vehicle was to blame but if either were to blame it was the other one (Irish).

5. I
left my Austin Seven outside and when I came out later to my amazement there was an Austin Twelve.

6. Car had to turn sharper than was necessary owing to an invisible lorry.

7. To avoid a collision
I ran into the other car.

8. 'The pedestrian had no idea which way to run, so I ran over him.'

9. The other car collided with mine without giving any warning of its intention.

10.
The other man altered his mind so I had to run into him.

11. I told the other idiot what he was and went on.

12. A pedestrian hit me and went under my car.

13. I unfortunately ran over a
pedestrian and the old gentleman was taken to hospital, much regretting the circumstances.

14. I thought the side window was down but it was up, as I found when I put my head through it.

15. If the other driver had stopped a few yards behind himself the accident would not have happened.

16. She suddenly saw me, lost her head and we met.

17. Cow wandered into my car. I was afterwards informed that the cow was half-witted.

Motorists made insurance claims last year for everything from a frozen squirrel crashing through a car windscreen to a cow jumping on a quad bike, it was revealed last week in The Scotsman newspaper.

Freak incidents involving animals topped the list of the most bizarre claims made to insurer Norwich Union in 2005, with food-related prangs in second place.  One unlucky driver claimed to be unable to slow down
because a potato was lodged behind the brake pedal, while another said a passing vehicle was damaged by a frozen kebab which flew out of an open car door.

Sally Leeman, of Norwich Union, said: 'We see a
lot of strange claims but we were surprised at how many involved animals and food, of all things.'

18. Three women were talking to each other and when two
stepped back and one stepped forward I had to have an accident.

19. There were plenty of lookers-on but no witnesses.

20. A bull was standing near and a fly must have tickled him because he gored my
car.

21. I was scraping my nearside on the bank when the accident happened.

22. After the accident a working
gentleman offered to be a witness in my favour.

23. I collided with a stationary tree.

24. There was no damage done to the car, as the gatepost will testify.

26. One wheel went into a ditch. My foot jumped from brake to accelerator pedal, leapt across the road to the other side and jumped into the trunk of a tree.

27. The water in my
radiator accidentally froze at 12 midnight.

28. I was taking a friend home and keeping two yards from each lamp post which were in a straight line. Unfortunately, there was a bend in the road bringing the
right-hand lamp post in line with the other and of course I landed in a ditch.

29. I bumped into a lamp post which was obscured by human beings.

30. I bumped into a shop window and sustained
injuries to my wife.

31. I heard a horn blow and was struck violently in the back. Evidently a lady was trying to pass me. 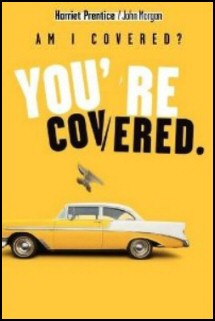 32. Coming home I drove into the wrong house and collided with a tree I
haven't
got.

33. I can't
give details of the accident as I was somewhat concussed at the time.

34. I blew my horn but it would not work as it was stolen.

35. A lamp post bumped into my car,
damaging it in two places.

36. My car was stolen and I set up a human cry, but it has not been recovered.

37. The car in front stopped suddenly and I crashed gently into his luggage grid.

38. I left my car unattended for a minute, and whether by accident
or design it ran away..

39. I was proceeding along the road at moderate speed when another car rushed out of a side turning and turned upside down in a ditch. It was his fault as he said..

40. 'I
started to slow down but the traffic was more stationary than I thought.'

41. 'A car drove away at speed catching our client who went up in the air and his head went through the windscreen and then rolled off
at the traffic lights a good few feet away. The car then sped off and miraculously our client remained conscious and managed to cross the road.'

42. Q: Could either driver have done anything to avoid the accident?
A: Travelled by bus?

43. 'On approach to the traffic lights the car in front suddenly broke.'

44. 'I had one eye on a
parked car, another on approaching lorries, and another on the woman behind.'

45. 'I started to turn and it was at this point I noticed a camel and an elephant tethered at the verge. This
distraction caused me to lose concentration and hit a bollard.'

46. 'On the M6 I moved from the centre lane to the fast lane but the other car didn't
give way.'

47. 'Three men approached me from the minibus. I thought they were coming to apologise. Two of the men grabbed hold of me by the arms, and the first slapped me several times across the face. I knee' d
the man in the groin, but didn't connect properly, so I kicked him in the shin.'

48. 'I was going at about 70 or 80 mph when my girlfriend on the pillion reached over and grabbed my testicles so I lost control..

49. 'I didn't
think the speed limit applied after midnight'
.

50. 'I was on my way to see an unconscious patient who had convulsions and was blocked by a tanker.'

51. Mr. X is in hospital and says I can use his car and take his wife while he is there.
What shall I do about it?

52. 'No witnesses would admit having seen the mishap until after it happened.'

53. 'I knew the dog was possessive about the car but I would not have asked her to drive
it if I had thought there was any risk.'

54. Q: Do you engage in motorcycling, hunting or any other pastimes of a hazardous nature? A: I watch the Lottery Show and listen to Terry Wogan.

57. 'The car in front hit the pedestrian but he got
up so I hit him again.'

58. 'We had completed the turn and had just straightened the car when Miss X put her foot down hard and headed for the ladies' loo.'

59. 'I had been driving for 40 years when I fell asleep at the
wheel and had an accident.

60. I pulled away from the side of the road, glanced at my mother-in-law and headed over the embankment.'

61. 'I collided with a stationary truck coming the other way.'

62. 'A truck backed through my windshield into my wife's
face.'

64. 'I pulled into a lay-by with smoke coming from under the bonnet. I realised the car was on fire so took my
dog and smothered it with a blanket.'

66. 'I had been shopping for plants all day and was on my way home. As I reached an intersection a hedge sprang
up obscuring my vision and I did not see the other car.'

67. I remember nothing after missing the Crown Hotel until I came to and saw PC Brown.

68. 'To avoid hitting the bumper of the car in front I
struck the pedestrian.'

69. 'My car was legally parked as it backed into the other vehicle.'

70. 'An invisible car came out of nowhere, struck my car and vanished.'

71. 'I am sure the old
fellow would never make it to the other side of the road when I struck him.'

72. I misjudged a lady crossing the street.

73. 'I saw a slow-moving, sad-faced old gentleman, as he bounced off the roof
of my car.'

74. '
The indirect cause of the accident was a little guy in a small car with a big mouth.'

75. 'I was thrown from the car as it left the road. I was later found in a ditch by some stray
cows.'

76. As I approached the intersection, a sign suddenly appeared in a place where no stop sign had ever appeared before. I was unable to stop in time to avoid the accident.

77. I told the
police that I was not insured, but on removing my hat I found that I had a fractured skull.

78. The telephone pole was approaching and I was attempting to swerve out of its way when it struck the front
end of my car.

79. 'I am responsible for the accident as I was miles away at the time.'

80. 'A customer collided with a cow. The questions and answers on the claim form were:

Q - What warning was given by you?

Q - What warning was given by the other party?

For example:
'The guy was all over the road, I had to swerve several
times before I hit him.  Matt L.