There are several ways to view the topic of Silly Book Titles.  Some titles
are innately ridiculous, for example 'I Was Tortured by the Pygmy Love Queen'.
In other cases it's the combination of title and author that brings a smile to
our face, for instance by Forestry by Teresa Green. 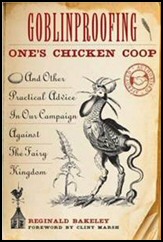 The British magazine 'The Bookseller' has announced its shortlist for the
oddest book title of the year.

The prize for the "oddest book title of the year" was announced in March
2013.  The winner?  Goblinproofing One's Chicken Coop – a
"practical" guide to how to "clear your home and garden of goblins and
banish them forever."

Each winner receives the Diagram Prize,
which has been running since 1978, when the winner that year was 'Proceedings of
the Second International Workshop on Nude Mice'.

2008 Winner of London's Diagram Prize of odd titles is 'Greek Rural Postmen
and Their Cancellation Numbers'. Will and Guy cannot wait for the movie!

2007's winner of 'The Oddest Book Title' was:
'The Stray Shopping Carts of Eastern North
America by A Guide to Field Identification', by Julian Montague.

Enjoy the Hilarity of the Short List
of Silly Book Titles

Cooking With Poo
and Other Funny Book Titles 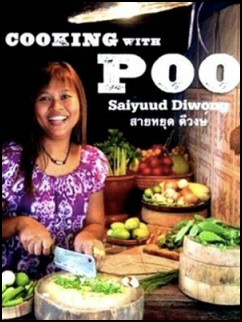 This book is called Cooking With Poo.  Yes, "Poo"; this is the Thai
word for crab and it's also author Saiyuud Diwong's nickname so our Thai
friend Sakuntra, who now lives in Portsmouth, tells us.

More Funny Book Titles: have come to our notice
recently. Here is a selection of the best:

Estonian Sock Patterns All Around the World by Aino
Praakli (Kirjastus Elmatar). Covers styles of socks and stockings found in
Estonian knitting.

The Great Singapore Penis Panic: And the Future of
American Mass Hysteria by Scott D Mendelson (Createspace). An analysis of
the "Koro" psychiatric epidemic that hit the island of Singapore in 1967.

Mr Andoh's Pennine Diary: Memoirs of a Japanese Chicken
Sexer in 1935 Hebden Bridge by Stephen Curry and Takayoshi Andoh (Royd
Press). The story of Koichi Andoh, who travelled from Japan to Yorkshire in
the 1930s to train workers at a hatchery business the art of determining the
sex of one-day-old chicks.

A Taxonomy of Office Chairs by Jonathan Olivares
(Phaidon). Exhaustive overview of the evolution of the modern office chair.
The Mushroom in Christian Art by John A Rush (North Atlantic Books). In
which the author reveals that Jesus is a personification of the Holy
Mushroom, Amanita Muscaria.

A Century of Sand Dredging in the Bristol Channel:
Volume Two by Peter Gosson (Amberley). A book that documents the sand trade
from its inception in 1912 to the present day, focusing on the Welsh coast.

Based on an article written by Joel Rickett in a Weekend Guardian
supplement we have succeeded in tracking down further bizarre book titles to
amuse and amaze our readers. Will has to admit that some of these strange
titles made him giggle - 'must have been my mood,' he said.

The Diagram Prize is awarded each year to the oddest title presented at
the Frankfurt Book Fair. Guy agrees that several of these books fall into
the 'must read category'.

Medical books are usually difficult to understand, therefore Will and Guy
were pleased to see these titles in both the Ladybird book list and in the
'Janet and John' series.

A Career in Writing

Two friends, Bob and Mick who hadn't seen each other for a while were
having lunch and catching up on one another.

"So what are you doing with yourself these days?" Bob asked.
Mick
answered, "I've taken up a career in writing."

"That's great!" Bob replied. "So have you sold anything yet?"
"I
have," answered Mick.

"What have you sold?" asked Bob.
Mick answered, "My Rolex, my
saxophone, the TV, the stereo and several antiques."

Silly Book Titles - Out of Print