Share
Tweet
Pin
Share
Email
Do you have a minute?  Will's friend Jackson invites you to suspend belief, and day dream for 60 seconds in his adventure at sea.

Let us join Jackson for an adventure on his ship 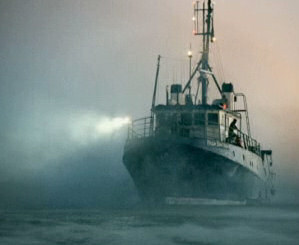 2) Here we are on a desert island - the treasure is literally raining down. 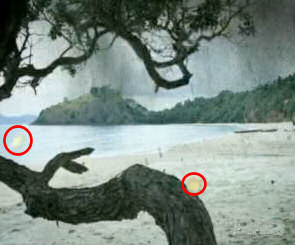 3) How did we get to this ships' graveyard? - See the video below. 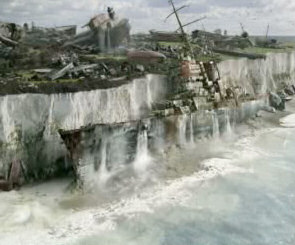 The U.S.S. Constitution (Old Ironsides), as a combat vessel, carried 48,600 gallons of fresh water for her crew of 475 officers and men. This was sufficient to last six months of sustained operations at sea. Unlike ships today, she carried no evaporators (i.e. fresh water distillers!) . However, let it be noted that according to her ship's log, "On July 27, 1798, the U.S.S. Constitution sailed from Boston with a full complement of 475 officers and men, 48,600 gallons of fresh water, 7,400 cannon shot, 11,600 pounds of black powder and 79,400 gallons of rum." Her mission: "To destroy and harass English shipping." Making Jamaica on 6 October, she took on 826 pounds of flour and 68,300 gallons of rum.  Then she headed for the Azores, arriving there 12 November. She provisioned with 550 pounds of beef and 64,300 gallons of Portuguese wine. On 18 November, she set sail for England. In the ensuing days she defeated five British men-of-war and captured and scuttled 12 English merchant ships, salvaging only the rum aboard each. By 26 January, her powder and shot were exhausted. Nevertheless, although unarmed she made a night raid upon the Firth of Clyde in Scotland. Her landing party captured a whiskey distillery and transferred 40,000 gallons of single malt Scotch aboard by dawn. Then she headed home. The U.S.S. Constitution arrived in Boston on 20 February, 1799, with no cannon shot, no food, no powder, no rum, no wine, no whiskey, and 38,600 gallons of water. GO NAVY