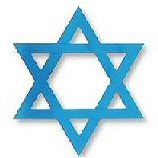 Rosh Hashanah is the Hebrew for "head of the year", it marks the
first day of the High Holidays or Yamim Noraim ("Days of Awe").
It starts in the evening before the day itself.

The Mishnah, the core work of the Jewish oral law, sets Rosh Hashanah aside as
the new year for calculating calendar years and sabbatical and jubilee
years.  This holiday is part of the Yamim Noraim [Hebrew, "Days of Awe"]; the
Yamim Noraim are a ten day period which begins with Rosh Hashanah, followed
by the days of repentance, and end with the holiday of Yom Kippur.

Rosh Hashanah, the Jewish New Year, falls on the Hebrew calendar dates of
1 and 2 Tishrei, where Tishrei is the first month of the civil Jewish year.
The first day of the seventh month of the ecclesiastical
year is also the 1st of Tishrei or Rosh ha-Shanah.  Since the Middle
Ages Rosh Hashanah has been a two day festival, and the rules for
calculating the start of the new civil year are such that
Rosh Hashanah can never start on a Wednesday, Friday or Sunday.

Rabbinic literature describes this day as a day of judgement.  God is
sometimes referred to as the "Ancient of Days." Some descriptions depict God
as sitting upon a throne, while books containing the deeds of all humanity
are opened before Him.  Tishrei 1 corresponds to the sixth day of
creation -- "God said: 'Let us make Man in Our image...' " (Genesis 1:26).

Here Are the Secular Dates for Rosh Hashanah

Ways of Celebrating the Special Holy Days of Rosh Hashanah 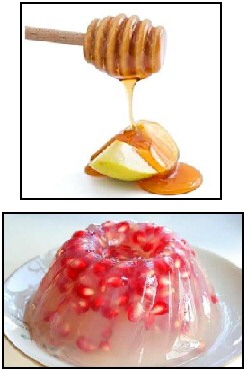 While there are elements of joy and celebration, Rosh Hashanah is a
deeply religious occasion. The customs and symbols of Rosh Hashanah reflect
the holiday's dual emphasis, happiness and humility.

Rosh Hashanah, Will and Guy have been told is celebrated with sweet
foods, like apples dipped in honey and honey cake, as a wish for a sweet
year. Some families also celebrate with symbolic foods like the head of a
fish, pomegranates, and carrots.

A shofar is a horn, traditionally that of a ram, which is used for Jewish
religious purposes.  Shofar blowing is incorporated in synagogue
services on both Rosh Hashanah and Yom Kippur.

Save Me Lord
David Greenbaum is a devoutly religious
man who believes in the power of prayer.  His house is caught in the
rising waters of a devastating flood.

A Priest and a Rabbi
A priest and a rabbi are
discussing the pros and cons of their various religions, and inevitably the
discussion turns to repentance.

Footnote
Will and Guy are keen to learn more about
Rosh Hashanah, so please send us your stories and interesting information.