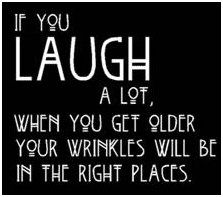 Here is Will and Guy's collection of short stories about giving up work and related humour topics.  Ideal material for a leaving speech.

Funny Retirement Stories on This Page

Retirement Jokes and Similar Humour on Other Pages

While waiting for my first appointment in the reception room of a new dentist, I noticed his certificate hanging on the wall; it gave his full name.
Thinking hard, I remembered that a tall, handsome boy with the same name had been in my high school class some 36 years ago.

Upon seeing him, however, I quickly discarded any such thought. This balding,
grey-haired man with the deeply lined face was way too old to have been my classmate.

After he had examined my teeth, I asked him if he had attended the local high school. 'Yes,' he replied.
'When did you graduate?' I asked.
He answered, 'In 1971. Why?'

'You were in my class!' I exclaimed.
He looked at me closely, and then the thoughtless idiot asked, 'What did you teach?'

A group of Americans was travelling on a bus tour through France and were
in the Loire Valley quite near to the town of Sancerre. They stopped at the
nearby village of Chavignol and visited a cheese farm where the world famous
'Crottin de Chavignol' goat's cheese is made; their guide, who was the
farmer's wife, led them through a process of cheese making, explaining how
goat's milk was used.

Madame showed the group a picturesque hillside where many goats were
grazing. These, she explained, were the older goats put out to pasture when
they no longer produced.  Madame then asked, turning to the group,
'What do you do in the USA with your old goats that aren't producing?'

One spry and very quick elderly gentleman answered, 'They send us on bus
tours.'

Footnote:
It's strange how one funny story reminds
you of another.  And that is why we have included the next yarn, even
though it has nothing to do with retirement.
See more funny goat stories.

The veteran's football team was being driven through Dublin in an
open-top bus.  The driver was giving a running commentary as they
toured the city.  'We are just passing the biggest pub in Ireland',
said the driver.

A voice piped up from the back of the bus piped up.  'Why?'

'Now, Paula,' said Doctor Ross, 'you say you have shooting pains in your
neck, aching knees, frequent dizzy spells, and constant nausea. Just for the
record, how old are you?'

'Really?' commented the doctor quietly,  'I see you have slight
memory loss, too.'

High in the Himalayan mountains lived a wise old man.  Periodically,
he ventured down into the local village to entertain the villagers with his
special knowledge and talents. One of his skills was to 'psychically' tell
the villagers the contents in their pockets, boxes, or minds.

A few young boys from the village, decided to play a joke on the wise old
man and discredit his special abilities.

One boy came up with the idea to capture a bird and hide it in his hands.
He knew of course, the wise old man would know the object in his hands was a
bird. The boy devised a plan.

The following week, the wise old man came down from the mountain into the
village. The boy quickly caught a bird and cupping it out of sight in his
hands, walked up to the wise old man and asked, 'Old man, old man, what is
it that I have in my hands?'

The wise old man said, 'You have a bird,' and he was right.

The boy then asked, 'Old man, old man tell me, is the bird alive or is it
dead?'
The wise old man looked at the boy and said, 'The bird is as you
choose it.'

And so it is with your life.

A priest was being honoured at his retirement dinner after 25 years in the parish. A leading local politician, who was also a member of the congregation, was chosen to make the presentation and give a little
leaving speech at the dinner. He was delayed so the priest decided to say his own few words while they waited.

'I got my first impression of the parish from the first confession I heard here. I thought I
had been assigned to a terrible place. The very first person who entered my confessional told me he had stolen a television set and, when stopped by the police, had almost murdered the officer. He had stolen
money from his parents, embezzled from his place of business, had an affair with his boss's
wife, taken illegal drugs. I was appalled. But as the days went on I knew that my people were not all like that and I
had, indeed, come to a fine parish full of good and loving people.'

'I'll never forget the first day our parish priest arrived, 'said the politician.'
In fact, I had the honour of being the first one to go to him in confession.'

For many one of the attractions of retirement is to play endless
leisurely games of golf.  For Will and Guy, golf and retirement
represent a great opportunity for funny yarns. 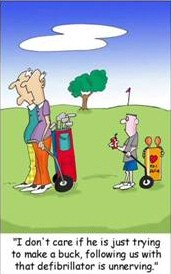 'How was your game, dear?' Jacqui asked her husband, Tony, after he had returned from playing golf.

'Well, I was hitting the ball pretty well, but my eyesight's got so bad I
couldn't see where it went,' Tony answered.

'That's not surprising,' Jacqui replied. 'After all, you are 76 years old, Tony. Why don't you take my brother Stewart along?'

'Because he's 87 and
doesn't play golf anymore,' Tony commented dryly.
'I know, but he's got perfect eyesight. He could watch the ball for you.' Jacqui added.

The next day Tony teed off with Stewart looking on.
Tony swung and the ball disappeared down the middle of the fairway.

'Can you see it?' demanded Tony.
'Yeah,' Stewart said smiling.

'Well, where is it?' Tony asked, peering off into the
distance in search of the ball that was now out of his eyesight range.
'I forget.' mumbled Stewart.  See more Golf Jokes here

How many retirees to change a light bulb?
Only one, but it might
take him all day.

Two elderly gentlemen, Tony and George, from the retirement day centre in
Waterlooville, Hampshire, are sitting on a bench under a tree when Tony
turns to George and says, 'Hey, George, I'm 83 years old now and I'm just
full of aches and pains. I know you're about my age. How do you feel these
days?'

Tony replies with a glint in his eye, 'I feel just like a newborn baby.' 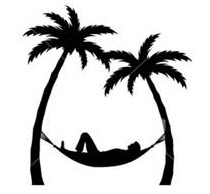 Jackie, an elderly lady was standing at the rail of the cruise ship
holding her hat so that it wouldn't blow away in the wind.

Edward, a gentleman approaches her and says, 'Pardon me, madam, I do not
intend to be forward but did you know that your dress is blowing up in this
wind?'

'Yes, I know,' replies Jackie firmly, 'But I need my hands to hold
onto my hat.'

'But madam,' remarks Edward, 'you must know that your
derriere is exposed.'

Jackie looks directly at Edward, after a quick glance down and retorts,
'Sir, anything you see down there is 85 years old, but I just bought this
hat yesterday.'

Stephanie, an elderly woman was telling her daughter, Joyce, about a date
with a 90-year-old man. 'Believe it or not, I had to slap his face three
times!' complained Stephanie with a smile.

'Do you mean that old man got fresh with you?' Joyce asked with disgust
showing all over her face.

'Oh, no dear,' explained Stephanie, 'I had to keep slapping his face to
keep him awake!

She said, 'You did that yesterday.'

Victoria, a middle aged mother, decided that she wasn't going to remind
her kids any longer of their need to write thank-you notes when they
received presents.

The result of this was that Grampy never received any thank-you letters
for the very generous cheques he'd written to the children.

However, the following year, things were different. 'All the Kids came
over personally to thank me,' declared Grampy in a triumphant manner.

'That's good,' commented his friend, 'why do you think they decided to
change their behaviour?'

'Oh dear,' uttered Mrs Packer, 'I'd better not go in that case.' 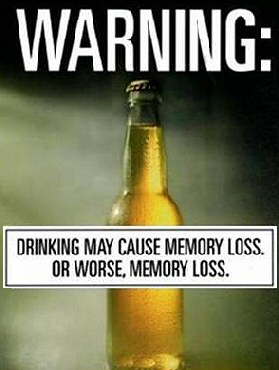 My forgetter's getting better,
But my rememberer is broke
To you
that may seem funny
But, to me, that is no joke

For when I'm "here" I'm wondering
If I really should be "there"
And, when I try to think it through,
I haven't got a prayer!

Oft times I walk into a room,
Say 'what am I here for?'
I wrack
my brain, but all in vain!
A zero, is my score.

At times I put something away
Where it is safe, but, Gee!
The
person it is safest from
Is, generally, me!

When shopping I may see someone,
Say 'Hi' and have a chat,
Then,
when the person walks away
I ask myself, 'who in the world was that?'

Yes, my forgetter's getting better
While my rememberer is broke,
And it's driving me plumb crazy
And that isn't any joke.