Here is just an ordinary queue at passport control. 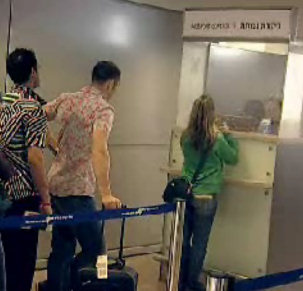 And here is the passport control officer 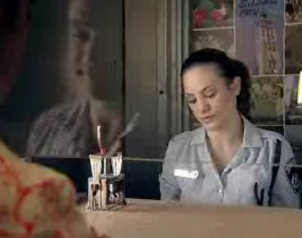 What's up with this man? 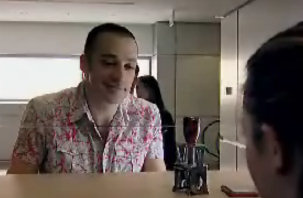 Why is he putting on a disguise to match his photo? 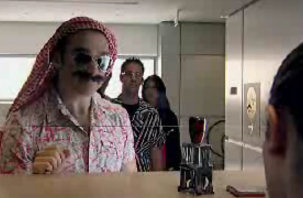 Check out our passport video clip and see what happens next?.

Harvey, an elderly American absentmindedly arrived at French immigration at Charles de Gaulle airport, Paris and fumbled for his passport. 'You have been to France before Monsieur?' the official asked in an aggressive tone. Harvey, smiled and admitted that he had been to France before. 'In that case you should know enough to have your passport ready for inspection,' barked the bad-tempered officer. Harvey gently informed the man that the last time he came to France he did not have to show his passport or any other documents. 'Pas possible, old man. You Americans always have to show your passports on arrival in 'la belle France' Harvey gave the Frenchman a long hard look. 'I assure you, young man, that when I came ashore on Omaha Beach in Normandy on D-Day in 1944, there was no damned Frenchman on the beach asking for passports'