To gain an insight into Buddism and Hinduism you need to read as many
different accounts as possible and so build up a 3 dimensional picture of
these beliefs.

Nirvana Day is the celebration of Buddha's death when he reached total
Nirvana, at the age of 80.  Thus Nirvana Day, February 15th is a time
for contemplation of the Buddha's teachings.  Some monasteries and temples
hold meditation retreats. Others open their doors to laypeople, who bring
gifts of money and household goods to support monks and nuns.

The word Nirvana means "to extinguish," such as extinguishing the flame
of a candle. Some schools of Buddhism explain Nirvana as a state of bliss or
peace, and this state may be experienced in life, or it may be entered into
at death.  The Buddha taught that Nirvana was beyond human imagination, and
so speculation about what Nirvana is like is considered by some to be like
foolish.

Death of the Buddha 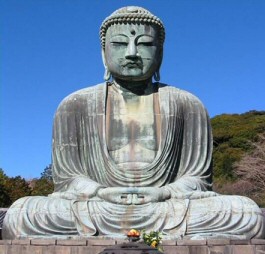 The Buddha died at the age of 80 in the company of his monks.  As recorded
in the *Parinibbana Sutta, the Buddha knew his life was at an end, and he
assured his monks that he had withheld no spiritual teaching from them.  He
urged them to maintain the teachings so that they would continue to help
people through the ages to come.

Finally he said, "All conditioned things are subject to decay. Strive for
your liberation with diligence." Those were his last words.

*Writings translated as: The Last Days of the Buddha

There are many distinct setcs of Hinduism and Buddhism.  While there
are few beliefs you can attribute to Hinduism or Buddhism as a whole, there
are a number of ideas that broadly characterize both religions.

The concept of nirvana is associated with both Hinduism and Buddhism.
The belief refers to a higher state of being, howwever, the two religions
view this state differently.

Nirvana is mainly associated with Buddhism, which was born out of
Hinduism as a movement based on the philosophy and life of a man named
Siddhartha Gautama.

Siddhartha Gautama was born to a ruling family in Nepal in about 563 B.C.
As a young man, he began to question the spiritual worth of this luxurious
life style and decided to give up all his possessions.  He wanted to
understand the true nature of life and saw all his attachments as
distractions, in keeping with Hindu thought.  Thus he came to be a
shramana and spent his time travelling and meditating.  Eventually he
became Buddha ("the awakened one").

According to legend, Siddhartha achieved enlightenment.   One
day as he meditated under a tree, he saw all of his past lives, and then the
past lives of others. Eventually he gained a perfect, omniscient knowledge
of this world and the world beyond it.

In Buddhism, this state, which the Buddha couldn't relate in language, is
called nirvana. The word is Sanskrit for "to extinguish."  In this
case, it means to extinguish ignorance, hatred and earthly suffering.

Through achieving nirvana, you can escape samsara, the cycle of
reincarnation that characterizes both Hinduism and Buddhism.  In each
life, a soul is punished or rewarded based on its past actions, or karma,
from the current life as well as earlier lives. It's important to note that
the law of karma isn't due to a god's judgment over a person's behavior;
it's closer to Newtons law of motion - every action has an equal and
opposite reaction.

When you achieve nirvana, you stop accumulating bad karma because you've
transcended it.  You spend the rest of your life and sometimes future
lives "working off" the bad karma you've already accumulated.

Once you have fully escaped the karmic cycle, you achieve parinirvana -
final nirvana - in the afterlife.  As with Hindu nirvana, souls that
have achieved parinirvana are free of the cycle of reincarnation. The Buddha
never specified what parinirvana was like. In Buddhist thought, it is beyond
normal human comprehension.

The festival celebrates the victory of good over evil, light over
darkness and knowledge over ignorance, although the actual legends that go
with the celebration are different in different parts of India.

Holi Festival of Colours in
India 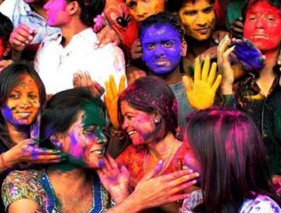 Holi is a Hindu festival enjoyed in India and commemorates the victory of
good over evil, brought about by the burning and destruction of the female
demon named Holika. This was enabled through unwavering devotion to the
Hindu god of preservation, Lord Vishnu.

Holi got its name as the "Festival of Colours" from Lord Krishna, a
re-incarnation of Lord Vishnu, who liked to play pranks on the village girls
by drenching them in water and colours.
See more on Holi Festival of Colours.