There is only one difference between a madman and me.  I am not mad.
Salvador Dali.

One Out Of Four People In This Country Is Mentally
Unbalanced

Hopefully the above mental health joke picture made you laugh.  However, there is a story
behind the picture.  The slogan was originally devised by Ann Lander to gain the attention of her audience.

'One out of four people in this country is Mentally Unbalanced.  Think of your 3
closest friends... if they seem okay, then you're The One.'

Addendum:
One unexpected insight from running a
humour site is that every joke offends someone.  We learned this the
hard way because even though we publish only clean jokes, we get dozens of
complaints, none more than about mental health.  We thought about
deleting this material, but decided to keep it, this is our reasoning: we do
find the above picture amusing, and we also feel that people who would be
truly upset, are unlikely to be trawling a humour site for mental health
jokes.

During a visit to the mental asylum, Guy asked the Director what
the criterion was that defined whether or not a patient should be
institutionalized.

'Well,' said the Director, 'we fill up a bathtub, then we offer a
teaspoon, a teacup, and a bucket to the patient and ask him or her to empty
the bathtub.'

'Oh, I understand,' said Guy. 'A normal person would use the
bucket because it's bigger than the spoon or teacup.

How to Achieve Inner Peace

Here's some advice from a top psychologist:

Dr. Neil proclaimed the way to achieve inner peace is to finish all the things you
have started.  So I looked around my house to see things I started and hadn't finished; and, before leaving the house this morning, I finished off a bottle of Pinot Noir, a bottle of Chardonnay, a bottle
of Baileys, a bottle of Kaluha, a packet of Penguins, the remainder of bottle of
Prozac, Valium prescriptions, the rest of the Cheesecake, and a box of chocolates.

You have no idea how good I feel.

Reality is the leading cause of stress amongst those in touch
with it.  Jane Wagner

If you think about the mental health topic more carefully, all sorts of demons crawl out of
the woodwork.  In my case it made me think, 'who are the sane?' I also remember the case of a psychiatrist who treated a woman who was insane, but harmless.  She thought that the 5 dolls she
tended were her actual children, the reality was she was unmarried and had no children.

The psychiatrist said that he would not cure her even if he could because she was enjoying her fantasies so much.

Neurotics build castles in the air.

Psychotics live in them.

Psychiatrists are the people who collect the rent. 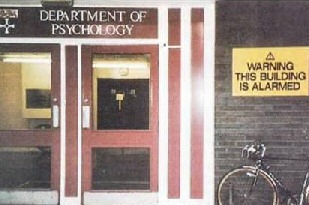 Dr. Marley, the head psychiatrist at Front Lawn Asylum, is examining patients to see if they're recovered and ready to re-enter society.

'So, Mr Lewis,' the doctor says to one of his patients, 'I see
from your chart that you've been recommended for discharge. Do you have any idea what you might do once you leave here?'

Henry Lewis thinks for a moment, then replies, 'Well, I went to a college for
telecommunications. That's still a good field, good money there. But on the other hand, I thought I might write a book about my experience here in the hospital, what it's like to be a patient here. People
might be interested in reading a book like that. In addition, I thought I might go to evening school and study art history, which I've grown interested in lately.'

So Henry Lewis replies, 'And the best part is, in my spare time, I can go on being a coffee pot.'

A psychiatrist was conducting a group therapy session with young mothers.

"You all have obsessions," he observed.

To the first mother, Mary, he said: "You are obsessed with
eating.
You've even named your daughter Candy."

He turned to the second Mum, Ann: "Your obsession is with money.
It
manifests itself in your children's names, Penny, Goldie and Frank (German
father)."

He turned to the third Mum, Joyce: "Your obsession is alcohol. This too
shows itself in your children's names: Brandy and Sherry. You even called
the cat, "Whisky".

He then turned to the fourth Mum June: "Your obsession is with flowers.

Write your own ending
At this point you can either
leave the story here, and just see if these patterns fit any of your
friends, or else you can write a rude ending.

Mental health humour is a difficult topic, here is what the best brains say
about madness:-

There's a fine line between genius and insanity.  I have erased this line.
Oscar Levant

Reality is something you rise above.
Liza Minnelli

I've wrestled with reality for 35 years, Doctor, and I'm happy to state I
finally won out over it.
Mary Chase

People often write me and ask how I keep my wood floors so clean when I live with a child and a dog, and my answer is that I use a technique called
'Suffering From a Mental
Illness'.
Heather Armstrong

Anyone who goes to a psychiatrist ought to have his head examined.
Samuel Goldwyn

If we couldn't laugh, we would all go insane.
Jimmy Buffett

Most men are within a finger's breadth of being mad.
Diogenes the Cynic

I have come to believe that the whole world is an enigma, a harmless enigma
that is made terrible by our own mad attempt to interpret it as though it had an
underlying truth.'
Umberto Eco

Everyone is entitled to be stupid, but some abuse the privilege.
Unknown

One out of four
people in this country is Mentally Unbalanced.
Ann Lander

When we remember we are all mad, the mysteries disappear and life stands
explained.
Mark Twain

Everyone is born with genius, but most people only keep it a few minutes.
Edgard Varese 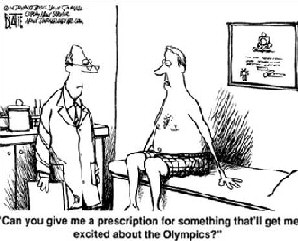 I quit therapy because my analyst was trying to help me behind my back.
Richard Lewis

When dealing with the insane, the best method is to pretend to be sane.
Hermann Hesse

Althought none of the above
mental health
statements are completely true, what is so disturbing, is that each author
discloses a grain of truth.  Will and Guy

Inner Peace
Until you
make peace with who you are, you'll never be content with what you have. -
Doris Mortman

To conquer others requires force; to conquer oneself requires
enlightenment - Lao Tzu

See more thoughts
of the day »