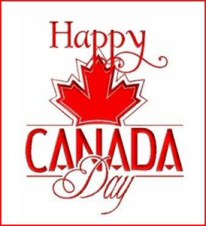 1) Canadian Habits There are two seasons in Canada - winter and July.  Hence the celebrations on July 1st. In Canada, the local paper covers national and international headlines on two pages, but requires five pages for ice hockey. Canada is a country whose main exports are hockey players and cold fronts. Our main imports are baseball players and acid rain. - Pierre Trudeau [former Prime Minister of Canada] 2) Canadian on Fire Ronnie, a Canadian, came home and found his house on fire; he rushed next door, telephoned the fire department and shouted, 'Hurry over here... My house is on fire.' 'OK,' replied the fireman, 'how do we get there?' What? Don't you still have those big red trucks?' 3) On the Canadian Border Maisie, an elderly woman lived on a small farm in Canada, just yards away from the North Dakota border. Their land had been the subject of a minor dispute between the United States and Canada for years. The widowed woman lived on the farm with her son and three grandchildren. One day, Albert, her son came into her room holding a letter. 'I just got some news, Mom,' he said, 'the government has come to an agreement with the people in North Dakota. They've decided that our land is really part of the United States. We have the right to approve or disapprove of the agreement. What do you think?' 'What do I think?' sighed Maisie, 'sign it. Call them right now and tell them we accept. I don't think I can stand another Canadian winter.' 4) Clever Canadian 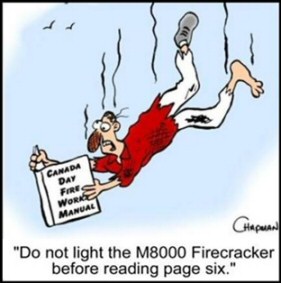 Jacques Larouche, a Canadian calls the *RCMP, 'Hello is the RCMP? I'm calling about my neighbour, Étienne Dubois. He is hiding marijuana in his firewood.' The next day the RCMP descends on Étienne's house and search the shed where the firewood is kept. They break open every piece of firewood, but find no marijuana. They apologise to Étienne and leave. Now the phone rings at Étienne's. 'Hey Étienne, did the RCMP come to your house?' 'Yep.' 'Did they chop all your firewood?' 'Yep.' *The Royal Canadian Mounted Police (RCMP) [French: Gendarmerie Royaleedu Canada (GRC], literally "Royal Gendarmerie of Canada", colloquially known as The Mounties.du Canada (GRC], literally "Royal Gendarmerie of Canada", colloquially known as The Mounties. 5) Stereotypical Canadian A Canadian is someone who drinks Brazilian coffee from an English teacup and munches a French pastry while sitting on their Danish furniture having just come home from an Italian movie in their German car. Then picks up their Japanese pen and writes to their Member of Parliament to complain about the American take-over of the Canadian publishing business. 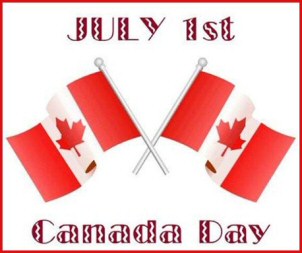 Unlike the USA, Thanksgiving Day in Canada is on the second Monday in October in Canada.

Santa Claus has his own personal Canadian zip code; it is: H0H 0H0. (Ho-Ho-Ho) In this way people who write to Santa know that their letter will arrive safely.  Ho-Ho-Ho has been Santa's code since 1982.  A team of linguists ensure that each letter is answered in the same language in which it is written, which, on its own must be a mammoth task.