Share
Tweet
Pin
Share
Email
Gender difference have always interested me.  The physical difference between men and women are usually obvious; what fascinates more is the differences to be found ' under the bonnet' as it were.  It is those hidden differences that the pictures below seek to explain. First, a joke picture of the Female brain with it's characteristics. 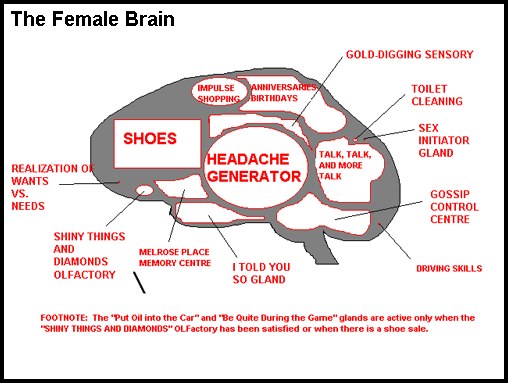 Now we have a joke picture of the male brain, observe that we now see how new areas have developed, while some parts have atrophied.  As ever a picture is worth a thousand words. 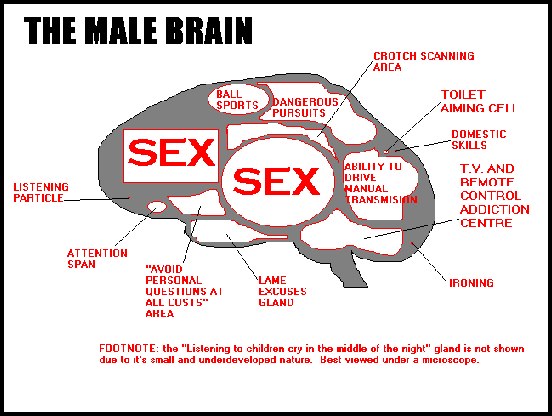 Yesterday scientists revealed that beer contains small traces of female hormones. To prove their theory, the scientists fed 100 men 12 pints of beer and observed that 100% of them gained weight, talked excessively without making sense, became emotional, and couldn't drive. -- No further testing is planned. Political correctness had developed a momentum all it own.  My greater concern is bullying, I am against all forms of bullying both at work and in school.  However, I do believe that areas, which are considered politically incorrect, can still be used for a joke - and this page is one of them! See our pictures home page:     Funny Road Signs Keywords: Clean, Free Humour, Humor, pictures, Male brain, Female brain, tales