1) Walter the squirrel on the lookout 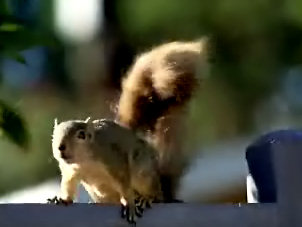 2) Squirrel on the attack 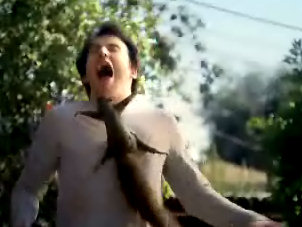 3) Walter on the war path 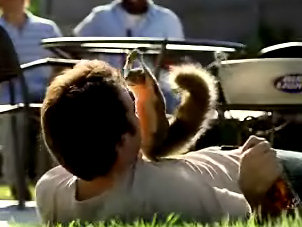 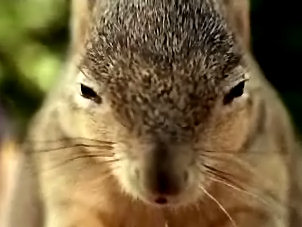 See Walter the squirrel defender.  Check out how he protects his master's beer. N.B. With some browsers you need to click twice on the Play arrow

'Three attacked as squirrel goes nuts'.   An aggressive squirrel attacked three people in a German town before it was beaten to death by a man with a crutch. The rodent bit a woman in her living-room in Passau, and then a builder, before a 72-year-old man eventually killed it.  While the above is a true story, below is probably a work of fiction, but do check it out, and have fun while you make up your mind. 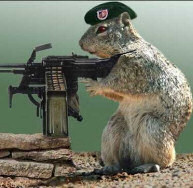 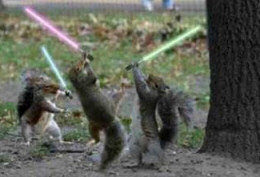 Their teacher is Obi-Wan Kenobi
Why is a psychiatrist like a squirrel? They are both surrounded by nuts.

Will and Guy have been sent these amazing photos showing an heroic mother squirrel rescuing its baby from an insistent dog. 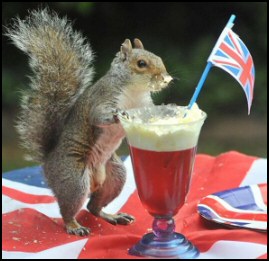