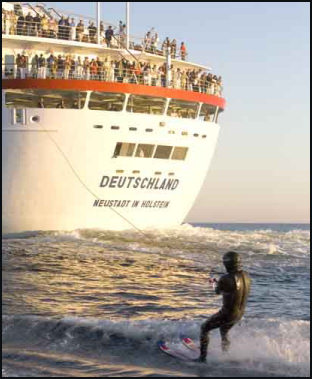 The stunt was recorded by a German TV show after a viewer wrote in disputing an earlier claim on the show that it would be theoretically possible to water-ski behind an ocean-going cruise ship' A journalist, Dirk Gion, aged 40, took up the challenge ' to prove it could be done' ' He was brought up to the correct velocity by a speedboat and then switched over to a line pulled by the 575 foot cruiser MS Deutschland' Dirk managed to stay afloat behind the vessel as it travelled at 17 knots for over five minutes'

Net Ski-Jet, or Would that be Jet-Ski? 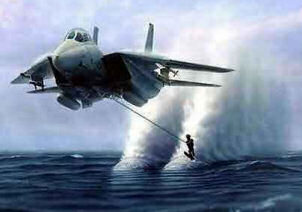 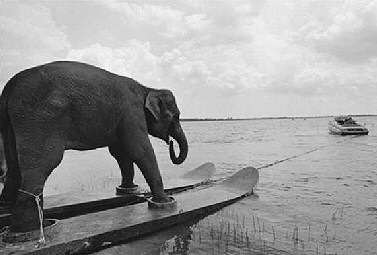 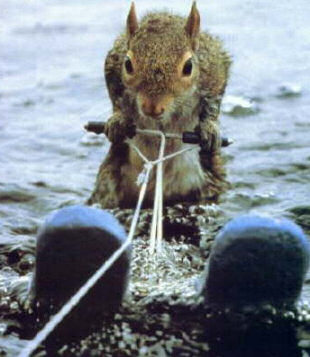 Can You Believe it?

As well as waterskiing we bet you hadn't realised that squirrels are also spies'  Iranian authorities have recently arrested more than a dozen squirrels for espionage' 'In recent weeks, intelligence operatives have arrested 14 squirrels within Iran's borders,' the state-sponsored news agency IRNA reported' 'The squirrels were carrying spy gear of foreign agencies, and were stopped before they could act, thanks to the alertness of our intelligence services'. Iran claims the rodents were being used by Western powers in an attempt to undermine the Islamic Republic'

Squirrel on a Mission 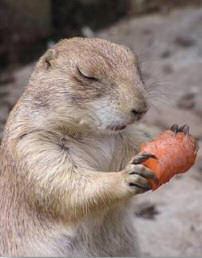 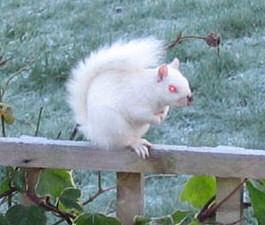 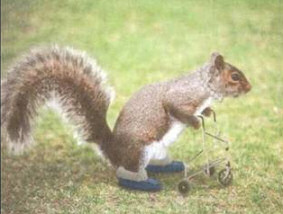 Having been a spy squirrel for many years, Horace has now retired and lives in Will's back garden