Skip to content
The Volkswagen Beetle or Bug has become a cult car.  Built between 1938 and 2003 it has been chosen by many as 'The' car to customise. Will and Guy offer this presentation as an enjoyable example of creativity and imagination. 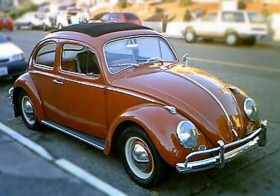 Translated from German, Volkswagen means car of the people.  In 1938 Hitler showed great interest in producing a car for 1,000 marks and was responsible for changing the name to KdF Wagen. (Kraft durch Freude) which means "Strength through Joy."  However, the Second World War meant that the factory switched production to military vehicles. Fewer than 800 KdF Wagen were produced before 1945.  It was only in 1946 that the name Volkswagen was adopted and production reached 1,000 cars per month. 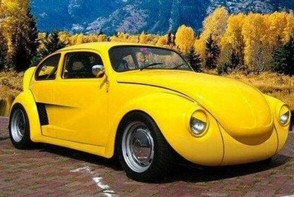 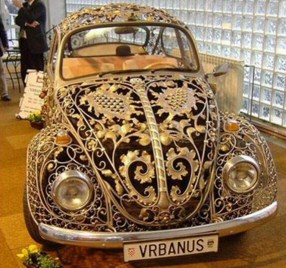 Ideal for the 'Pearly King and Queen'.

PowerPoint Presentation of the Volkswagen, the Peoples' Car

Here are the funny Volkswagen pictures in the PowerPoint Presentation 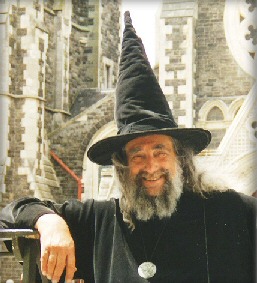 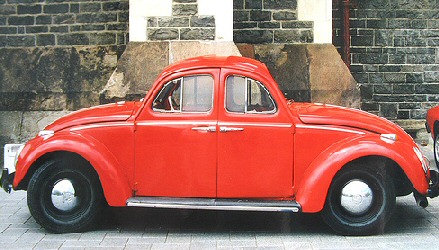 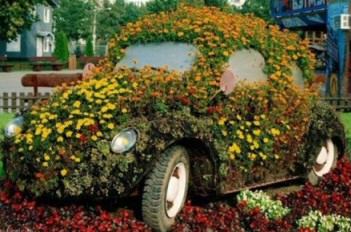 Two 18 wheeler trucks were both driving on the same carriageway of interstate 8 near Yuma.  Unfortunately, one was heading east, while the other was heading west.  Predictably, the two trucks smashed into one other and both drivers died instantly. The recovery services took the trucks to a junkyard in Yuma.  After about a week the wreckage began to smell.  It got worse every day. Eventually, they got out the blow-torches and when they prized the two trucks apart, there was a classic VW 'Bunny Beetle' with a dead fox in the driver's seat. Footnote: Please send us pictures of your funny Volkswagen.