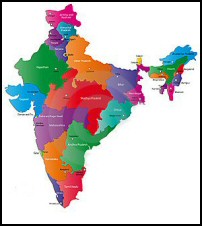 These unusual, drole, sometimes strange, funny and thought-provoking
stories have been collected by Will and Guy from the World Media and reflect
the funny side of India.

Will and Guy have learned that lorry drivers who are caught speeding in
an Indian state are being punished by being made to hop like frogs. The
Police, in the eastern Indian state of *Bihar, give out a humiliating
punishment instead of taking the speedsters to court.

The most popular punishment, we have discovered, is "leapfrog" where
speeding truck drivers have to sit on their haunches, hold their ears and
hop for almost half a kilometre. Also the drivers are made to chant the name
of the political leader they like most while they are being punished.

One policeman informed us that, 'If they remember their leader when they
are being punished, it's like they are insulting them. If they have any
sense, they won't commit the offence again.'

Very amusing say Will and Guy.

Bihar lies mid-way between West Bengal in the east and Uttar Pradesh in
the west. It is bounded by the country of Nepal to the north and by
Jharkhand to the south. 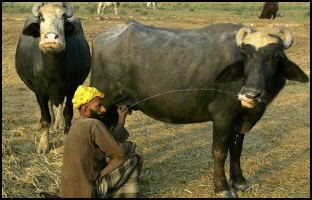 A herder feeds a buffalo its own milk before milking it on the outskirts
of Amritsar, India

Sit-ups Given as a Punishment in Balasore, India

Indian police have apparently forced around 200 people caught watching
pornography to do sit-ups in public to shame them and keep them away from
theatres that illegally screen smutty movies Will and Guy have learned.

The Hindustan Times reported recently that police stopped the screening
of a pornographic movie at a cinema in Balasore district in the eastern
state of Orissa and made audience members; some as young as 17, to do 10
sit-ups each at a public square, watched by onlookers.

The police made the all-male group vow not to watch pornography again.

To make matters worse for the embarrassed teenagers who were caught,
police called their parents to watch them doing sit-ups. 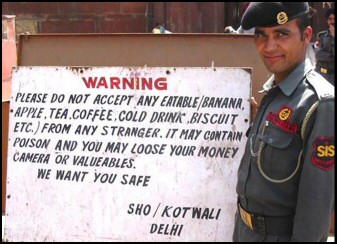 Whilst reading the Hindustan Times newspaper recently, Will and Guy came
across this very strange and rather funny story which we now share with you.

A man, living in southern India, married a female dog in a traditional
Hindu ceremony in an attempt to atone for stoning two other dogs to death;
an act he believes left him cursed.

Mr P. Selvakumar aged 33 told the newspaper that he had been suffering
from leg paralysis and the loss of hearing in one ear ever since he had
stoned two dogs to death and hung their bodies from a tree some 15 years
ago.

A holy man had suggested to him that to make up for this act of barbarism
and to atone for his actions that he had to marry a she-dog.

You just could not make it up say Will and Guy.

Now It Must be Time to Go Home

Asoka took his girlfriend to a test match in the Wankhede stadium,
Mumbai. Ranjani, unlike many Indian girls of her age, not only did she not
understand the game but she was utterly bored.

After tea, Tendulkar hit a powerful six over the long on boundary.

'Thank heavens. They've got rid of the ball!' she shouted in delight.
'Now it must be time to go home.'

An
Amazing, Worrying and Fascinating True Tale from India

A fireman took over guiding a plane into landing after air traffic
controllers failed to turn up for work at an airport in India Will and Guy
have discovered. The fantastic feat came to light early in 2012.

The fireman, named as a Mr Basha, helped the Jet Airways flight land at
Tirupati in Andhra Pradesh on 9th January 2012. The plane was flying from
Hyderabad with 60 passengers on board. Tirupati has no approach radar and
pilots rely on air traffic controllers to provide runway and weather
information and give landing clearance. Tirupati airport handles only seven
flights a day but is the landing point for visitors to the Tirumala temple,
one of Hinduism's holiest shrines.

After the air traffic controllers failed to show up for their 07:00
start, airport deputy manager Janarthanan instructed Mr Basha, whose English
was described as broken, to operate the radio in the control tower.

Pilots rely mainly on a visual approach to land at Tirupati and Mr Basha
was reported to have supplied the support information needed for about 40
minutes before an air traffic controller arrived for work.

Airport authorities have launched an investigation into the incident.
Airport Authority of India regional executive director D Devaraj informed
us, "No-one doubts Basha"s intention to help during a crisis. He wanted the
flight to land safely. But he is untrained and must not attempt to do the
ATC"s job. Mere good intention is not enough in this case."

Mr Devaraj told the paper the controller on duty "simply forgot to turn
up."
This is definitely a fearful and rather horrifying story say Will
and Guy.

This is the strange but true story of 69-year-old Ziona Chan lives in the remote mountain village called
Baktwang, in northeast India. He married his first wife at the age of 17; as
time passed he married new wives continuously, now he has 39 wives, Will and
Guy have discovered. He has fathered 86 children; and now he also has 35
grandchildren.

His youngest wife is only 31 years old
The 160
members of his enormous family all live in a four-story purple building.
Their home has 22 bedrooms in the building; there 20 dormitory style beds in
each bedroom. We have learned that his wives take it in turn to 'visit' his
bedroom. The 14th wife informed us that her husband was fair to everyone.

TThe family often eats 25 kilograms of rice, 40 kg of potatoes and 5 kg
lentils a day. They eat meat three times a week and this can mean they
finish every time 30 chickens and probably a pig.

The whole family cooks and perform their duties together and from what we
can establish are extremely happy. He told us, 'I am blessed,' and added, 'I
consider myself a lucky man to be the husband of 39 women and head of the
world's largest family.'

The World's Shortest Woman is Indian

The world's shortest woman is Indian 18-year-old high school student
named Heidegger. She is 0.628 meters tall, even shorter than the average
height of 2-year-old.

Heidegger was excited to let it be known that she
wishes to enter college earn after the completion of high school, and then
Bollywood to become a movie star in the future.

Heidegger will be going on a trip to Japan and Italy, where she hopes to
meet up with many otherworld record holders after she has obtained her
Guinness World Records certificate.

Thumbs Up: a Universal Gesture?

On holiday in Goa, India, Fred and PJ visited a local beach restaurant
for lunch.

Two of the waiters never stopped staring at them, and they
thought it probably rare that they served foreign tourists. To let them know
we were happy with the grub served they served, PJ and Fred smiled to them
and showed them a common "universal" gesture of thumbs up.

The two waiters went out to the street for a while and Fred and PJ heard
them talking to each other in the Hindi language. Some minutes later, one of
them came back to us together with 2 bottles of Coca-Cola look-alike soft
drinks.  The waiter opened both the bottles in front of us and then
walked away.

Fred and PJ looked at each other confused, unsure as to why they had been
given "free" drinks.

Only later they noticed that the label on the bottle read, "Thums Up!" 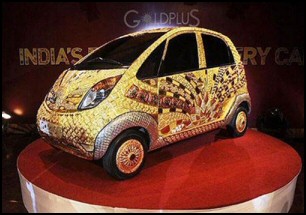 In recent automobile show in Mumbai, India, in order to pay tribute to
India's 5000 years of jewels cultural, the common car was inlaid with gold,
silver and precious stones, doubled in value. This "gold jewelry" car used
80 kilograms of gold, 15 kilograms of silver, inlaid with 10,000 gems.

Will and Guy are delighted to share with our readers the story of this
rather bizarre ritual.

Hindu priests in the south Indian state of Karnataka toss babies from the
rooftop of a temple onto a cloth held by waiting men, believing that this
will make them grow stronger.

Thanks to their parents and a deep-rooted belief, babies in the Bagalkot
district of south India's Karnataka state unwittingly found themselves being
tossed off the roof of a temple onto a sheet held by men waiting below, in a
ritual that is believed to make them stronger.

We observed large crowds of devotees gathered at the Marutheshwara temple
near Mudhol town in Bagalkot district to observe the ritual, locally known
as �Okali�.

Eager parents presented their babies, who were between the ages of three
months and two years, to priests at the temple who tossed them from the
temple roof onto a cloth borne by a group of men standing below. Though the
ritual often evokes criticism, it is defended by devotees and priests, who
feel that their belief necessitates a ritual that places babies at such huge
risk.

A trustee of the Marutheshwara temple, Basavaraj, said that the ritual
was an age-old one and it was important that it be respected. 'This is a
ritual that we have been observing from ancient times. The important thing
is for us to have the spirit of worship in our hearts, because true worship
is from the heart,' he commented to us.

Footnote:
Will and Guy can see that India is a huge
country, please send us your true Indian story, as we are keen to learn more
about regional humour.