Answers Given in a Bible Knowledge Test 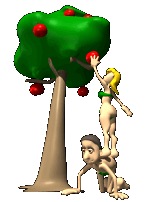 This is not your average advert.  This site raises funds for the Church using an innovative win-win
method.  I dare you to click and see how they do it.

The Vicar is the Revd Fr John HG Lewis (also known to some as Bunny) and he has been a friend of ours for over 35 years. You may consider helping and
save the site in your shop online favorites.