Funny Politicians - Jokes and Quotes (On this page)

Funny Politicians and Amusing Political Jokes (Links to other pages)

Voting is carried out at designated polling stations which must be accessible, identifiable and provide that all important privacy for voters. They should also be the right size to meet the needs of the local electorate and allow a queue of people to "flow" through. Village halls and schools are obvious venues but in some places more imaginative locations have to be utilised. Here are some of them: The world's oldest football ground - Sandygate, home to Hallam Football Club in Sheffield . 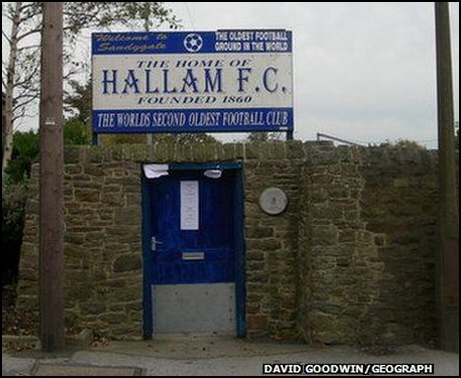 Other 'sporting venues' include cricket pavilions, rugby clubs, boxing clubs, bowling clubs and even a table tennis centre in Middlesbrough. Churches and their associated halls have been used for many years but Christianity is far from the only religion whose buildings are put use as polling stations. Mosques, Hindu Temples, Synagogues, Buddhist Centres and Spiritualist Centres are also used. (Divine inspiration an added bonus?) Pubs and theatres are well represented too, as are museums. Maybe the best name of any polling station is; Explosion! The Museum of Naval Fire Power in Gosport! Other unlikely places to cast your vote are a hairdressing salon, a garage, the dining room of a cottage and a launderette. 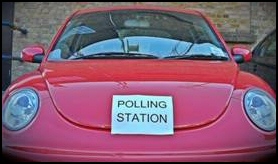 But the most unusual polling station of all could be your own car. In exceptional cases - such as for those physically unable to get into the specified venue - the polling station would come to them outside.  A spokesman said, "It is very, very unusual, but it does happen."

The Stamp - A Funny Political Joke

A famous world statesman wanted to be remembered so he commissioned a special postage stamp which was to carry his picture. He instructed his people to design it, stressing that it should be of international quality. The stamps were duly released and he was delighted. However, within a few days of release of the stamp, he began hearing complaints that the stamp was not sticking properly, and this made him very annoyed. He 'phoned the stamp makers and ordered them to investigate the matter. They checked out the problem by visiting several post offices, and then they reported back to the politician. Their report said, 'There is nothing wrong with the quality of the stamp. The problem is people are spitting on the wrong side.'

1) Jeremy, a tourist on holiday from California, climbed out of his car in downtown Washington, DC. He saw a man standing near the curb, and asked, 'Excuse me, I'm going to be only a couple of minutes. Would you watch my car while I run into this store?' 'What?' the man huffed bad temperedly. 'Do you realise that I am a member of the United States Senate?' 'Well no,' Jeremy uttered, 'I hadn't realised that. But listen, I'm really in a hurry so I'm going to have to trust you anyway.' 2) Two political candidates were having a heated political debate. Finally, one of them jumped up and yelled at the other, 'What about the powerful interest that controls you?' The other guy yelled back, 'You leave my wife out of this.' 3) Prime Minister George Brown was seen going to Homewood Interiors, a small furniture store. He was surrounded by his bodyguards, and everyone immediately took notice of the unusual sight. They looked closer and they saw who it was. Everyone was in awe. Why would Prime Minister Brown visit his small shop. Surely, they all asked each other, he should have his minions do it for him. Finally, one man plucked up enough courage and asked the Prime Minister, 'What are you doing in this little store of ours?' To which George replied, 'Oh, everyone keeps telling me that I should get a new cabinet.'

A First: A Politician Who Laughs at Themselves

Politicians Laugh at Themselves A former Labour Member of Parliament for Consett in England named David Watkins has proved that he has a sense of humour.  His autobiography is aptly named: "Seventeen Years In Obscurity: Memoirs from the Back Benches."

Dan Quayle was Vice President of the USA between 1989-1993. He quickly became famous for his faux pas when speaking. Here we offer ten examples of funny political quotes for you to enjoy:

More Funny Officials with Links to other pages 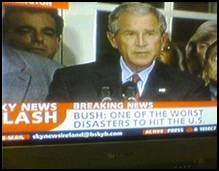 No Account of Funny Politicians Would Be Complete without George W. Bush.

Footnote: Please send us your jokes and quotes about funny politicians.