Will and Guy's Collection of Hilarious Horsey Humour

Warning: readers who send me horse burger emails will have them marked as spam.

The Food Standards Agency detected horse in Tesco BEEF burgers.  In this age of DNA testing how on earth did Tesco and other supermarkets think they would get away with passing off horsemeat as beef? The facts: Food Standards tested 27 beef products and found that 10 contained horse DNA.  That wasn't all, a further 23 beef items containing pig DNA! FSAI investigators said the findings raised concerns about "the traceability of meat ingredients and products entering the food chain". They added that Jews and Muslims may have unwittingly eaten pork. 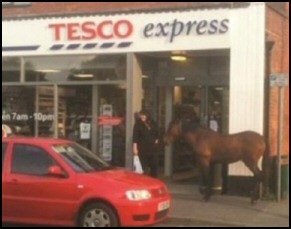 A government health spokesperson announced that that all those who ate Tesco burgers high in Shergar are in a stable condition. Next step: Scientists are analysing Tesco's veggie burgers for uni-quorn.

Every Cloud Has a Silver Lining.

I thought you might like to know that an immigration surge of 4 MILLION from Romania and Bulgaria is much less likely now, as we have eaten all their transport. 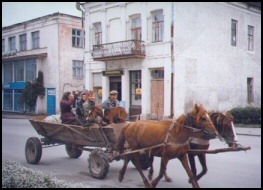 I selected some burgers on the Tesco website. And then clicked 'Add to cart.'

I went to a Tesco cafĂ© yesterday and ordered a burger. They asked me if I wanted anything on it, and I said: 'Yes - a fiver each way.' Does anyone have a tooth pick? I had a Tesco burger last night and there's still a bit between my teeth. I bought an 'award-winning' Findus burger. I didn't realise they meant it had won the Cheltenham Gold Cup.